In Chicago, State Representative Jaime Andrade was discussing ideas to address a Chicago Transit Authority stop known by some as “pigeon poop station” with a reporter outside of the Irving Park Blue Line station. WBBM-TV reports that one of the birds did its business on the head of the lawmaker during the interview. Andrade rubbed the top of his head and said, “I think they just got me.” Talk about backing up your argument with evidence.

In Lincoln, Nebraska, a heart-broken 19-year-old awoke from a nap to find the carpet on fire in her apartment. Turns out, before the nap, she had used a butane torch to set fire to love letters from her ex. According to the Associated Press, police say the woman left some of them of the floor.
I’ve done this (although not that song)—and danced!

If you can't view the below video, try https://youtu.be/Hkp2saxfSmY.
Interesting facts about our vision.

If you can't view the below video, try https://youtu.be/2nHrsf2KyoU.
In Washington, D.C., a post of home security footage that showed what appeared to be a huge cat sparked fears that there was a mountain lion or cougar loose. However, a local woman came forward and told NBC 4 that the cat in the video is her own pet, Cookie.  “He’s utterly docile,” she said. “He’s small. He’s a domestic cat and we’ve had him for six and a half years.” However, Cookie’s veterinarian told the station that Cookie was a long cat who “takes up most of the table” when he comes in for a visit. 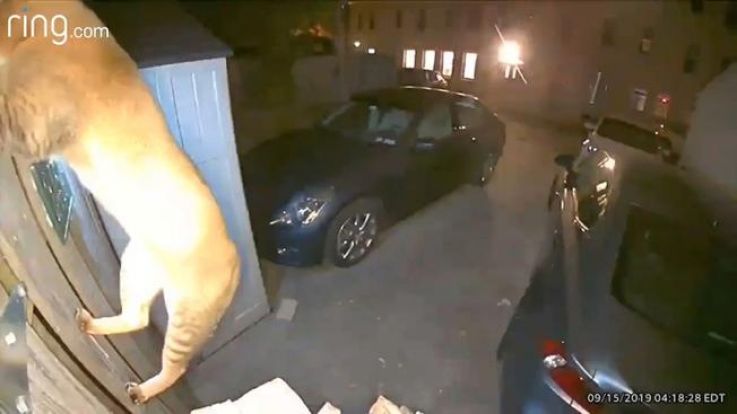 At the LaPorte County Library in Indiana, librarians want you to know that tacos do not make good bookmarks. 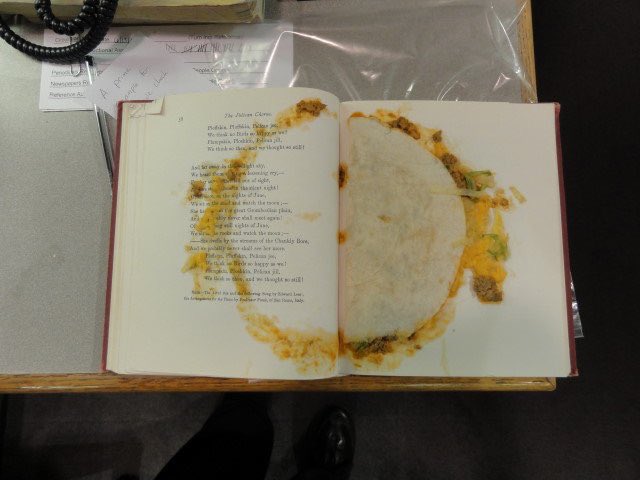