In Miami Beach, Florida, police pulled over a woman driver. She and her boyfriend were asked to get out of the car and an officer asked the boyfriend if he had anything to say, according to the Associated Press. That’s when the boyfriend got down on one knee, held out a ring and said, “I just want you to marry me.” He had gone to the police station earlier to ask for help with his proposal. She said yes.
You really have to wonder sometimes what people are thinking.

If you can't view the below video, try https://youtu.be/OTNrTQny0-Y.
In Boulder, Colorado, someone was carted off the field during the University of Colorado Buffaloes’ football game against the University of New Hampshire. It was their mascot, Chip, who had the T-Shirt cannon pointed in the wrong direction. He later returned, okay.

If you can't view the below video, try https://youtu.be/raEOfuI2VJ8.
In Cranford, New Jersey, Steve Bacque, the self-proclaimed Crazy Cranford Cowboy, rides through town at the delight of residents. His ride is a golf cart motor powered by four electric batteries outfitted to look like a horse. The motorized horse is named Charger. 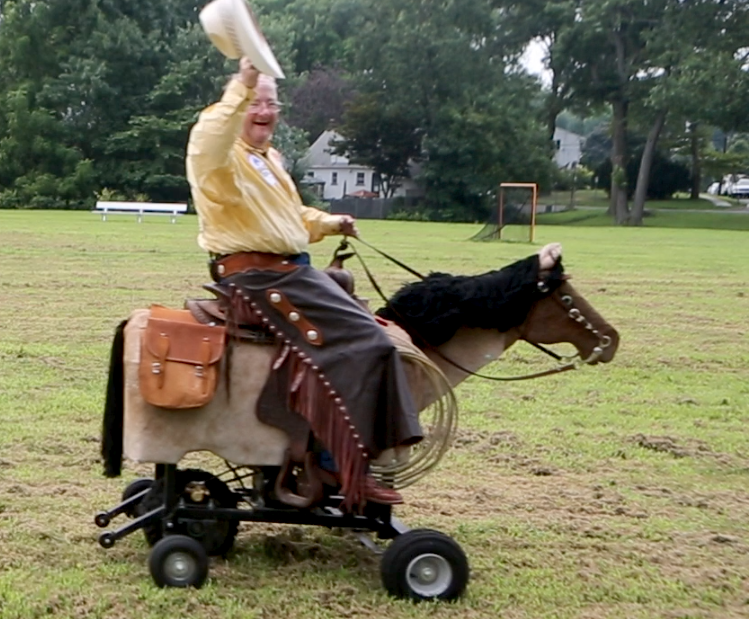