In Sedalia, Missouri, the town unveiled a Christmas stocking it hopes will make the cut for the world’s largest. Sedalia’s red-and-white stocking was officially measured Tuesday as 177 feet (53.95 meters) tall for entry to Guinness World Records, the Sedalia Democrat reported . The city is trying to beat a record set by the Italian city of Carrara in 2011. Sedalia radio show host Charlie Thomas came up with the idea for the giant stocking as a way to promote Community Santa, a local program that gives presents to children during the holidays. He expects verification of the record to take about 12 weeks.
Cats and Christmas trees have always had a battle.

If you can't view the below video, try https://youtu.be/OaMQVK2F8Hk.
Maybe we should leave the scooters for the children to ride.

If you can't view the below video, try https://youtu.be/FcqBxyJ-tOo.
These children’s answers to test questions cracked me up. 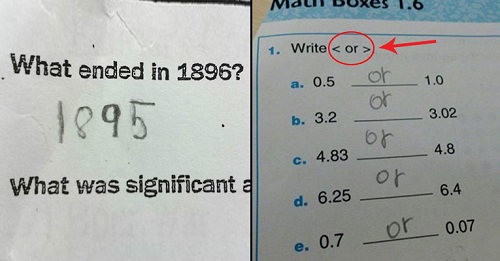