The leaning tower of Dallas, Frisbee package delivery, and more.

In Pittsburgh, Pennsylvania, a woman was denied being put on a liver transplant list because urine tests showed the presence of alcohol. Doctors put her in a treatment program, but the woman kept insisting she wasn’t an alcoholic. Eventually, doctors discovered that her bladder was producing alcohol on its own—something called urinary auto-brewery syndrome. Alcohol didn’t show up in her blood, and her urine had no signs of ethyl glucuronide or ethyl sulfate—two chemicals produced when the body metabolizes alcohol. She had “uncontrolled diabetes,” according to the Philadelphia Inquirer. She is now on the list to receive a liver transplant.

In Jackson Township, Ohio, a 36-year-old woman called 911 and demanded that police come to her house. When her first call wasn’t effective, she called back two hours later. Her emergency? Her parents had cut off her cellphone service.

In Ogden, Utah, a Weber County Jail inmate used his criminal skills to escape. The man was held in Ogden by the US Marshals for identity theft and bank fraud. A lieutenant said the man shaved his head to look like another inmate who was scheduled to be released. “He changed his appearance to pass that photo identification test and having all of [the other inmate’s] information memorized” that’s how he was able to get through our release procedure, the lieutenant said, according to the local FOX News TV station. Staff found out about the escape a few hours later when the other inmate notified them he was still in jail.

In Dallas, Texas, an implosion failed to demolish a building and turned it into what some dubbed the “Leaning Tower of Dallas.” In the following week, people flocked to the site to post photos of themselves pretending to prop up the lopsided tower. It was decided to use a wrecking ball to finish the demolition. But, according to the Associated Press, that proved to be ineffective. 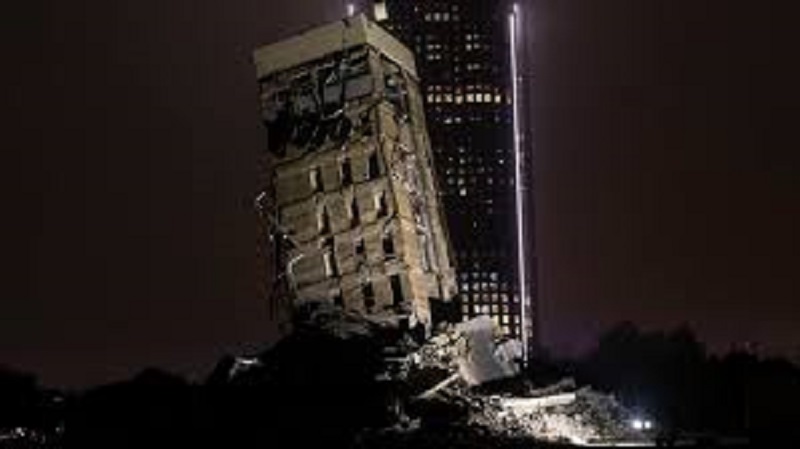 Hope there was nothing breakable in that package. If you can’t view the below video, try https://youtu.be/bTXQxsQT0a8.