Forgetting you’re on an airplane, chili powder as a weapon, and more.

In Las Cruces, New Mexico, police pulled over a vehicle that resembled one that had been reported stolen. According to court documents, the woman in the care ignored the officer’s orders to pull over and drove to her home. According to the Associated Press, police reported the woman told them she was singer Beyoncé, that she found the keys in the vehicle and decided to take it for a joy ride, and that she didn’t stop driving when she saw the emergency lights because she didn’t feel like it. She is charged with unlawful taking of a motor vehicle, concealing identity and resisting or obstructing an arrest.

In Clearwater, Florida, a Ring video surveillance camera caught a man opening an unlocked truck in his neighbor’s driveway and stealing a roll of toilet paper from a 6-pack of Smart & Simple bath tissue. According to The Smoking Gun, a pack of the toilet paper sells for $1 at Dollar General (though the retailer is currently out of stock, according to its web site). The man was arrested on a felony burglary charge and booked into the county jail on $5000 bond.

He obviously forgot where he was. If you can’t view the below video, try https://youtu.be/b_Q16K3gfeA.


In Kingstanding, Birmingham, England, a convenience store keeps a very large tub of chili powder for employees to defend themselves. It worked recently when a would-be armed robber entered the store. The clerk through a handful of chili powder in his face. The METRO reports that the stunned man stumbled back as he is engulfed in an orange cloud and dashed from the store in a panic. 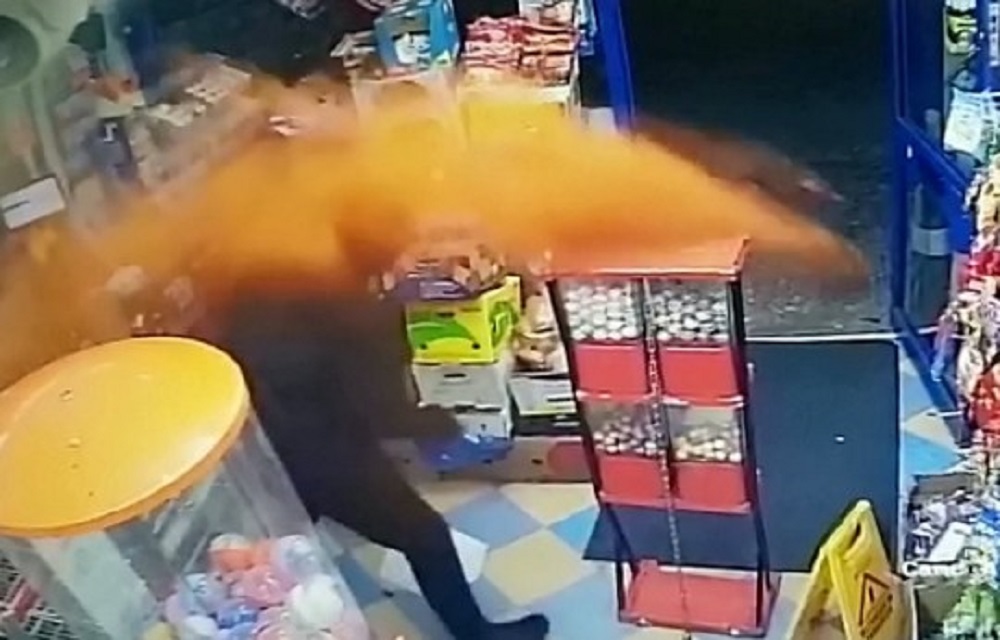