Cool ice effects, food lost to the fire, and a giant potato.

When a boat breaks through ice, it makes some interesting sound and visual effects. If you can’t view the below video, try https://youtu.be/gKNFFG9slZ0.

There goes dinner. If you can’t view the below video, try https://youtu.be/Yrm2fPjE9r4.

Near Hamilton, New Zealand, a couple weeding their garden struck something bit beneath the soil. While digging around the object, the couple began to think it was some kind of fungal growth, but after prying it out and giving it a taste, they realized it was a potato. According to the Associated Press, the potato is huge, weighing 17.8 kilograms (a little over 17 pounds). The couple has applied for a Guinness world record. The couple has also named the potato based on the way it was found. Meet Doug. 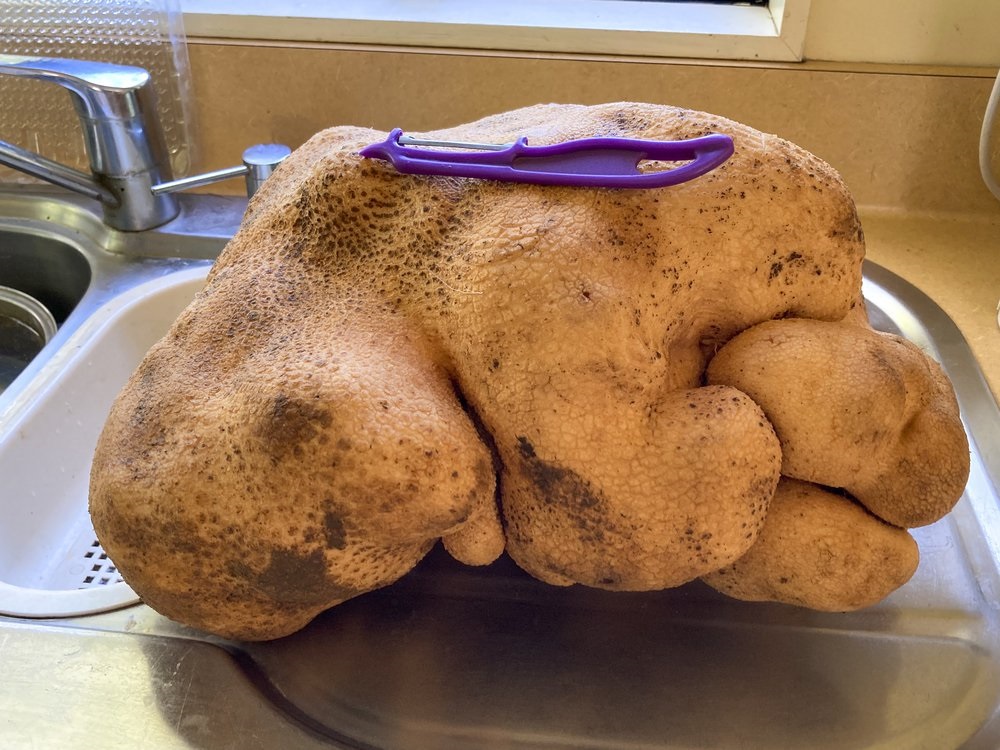