In Rabbit Hash, Kentucky, the community has a new mayor. Wilbur, a French bulldog, claimed 13,143 out of 22,985 votes in a new record, Huffington Post reports. He will be replacing Mayor Brynneth Pawltro, a pit bull who has served since 2017. The first mayor of Rabbit Hash was Goofy Borneman, a dog born of “unknown parentage” who entered office in 1998 when Boone County held a bicentennial celebration and a mayoral race for Rabbit Hash started. The community’s mayor position has been held by canines ever since.

In Clayton, Wisconsin, a state trooper pulled over a driver for unsafe cargo on the roof of his car. He pulled the driver over after noticing a snowmobile strapped sideways on top of a Toyota Corolla. The driver told the trooper he had just bought the snowmobile and was driving it over to a friend’s house to show him, the Star Tribune reported. “I know it looks sketchy, but we had it strapped down and shook it,” he said. The driver was issued a warning about the hauling technique and cited for not wearing a seat belt. 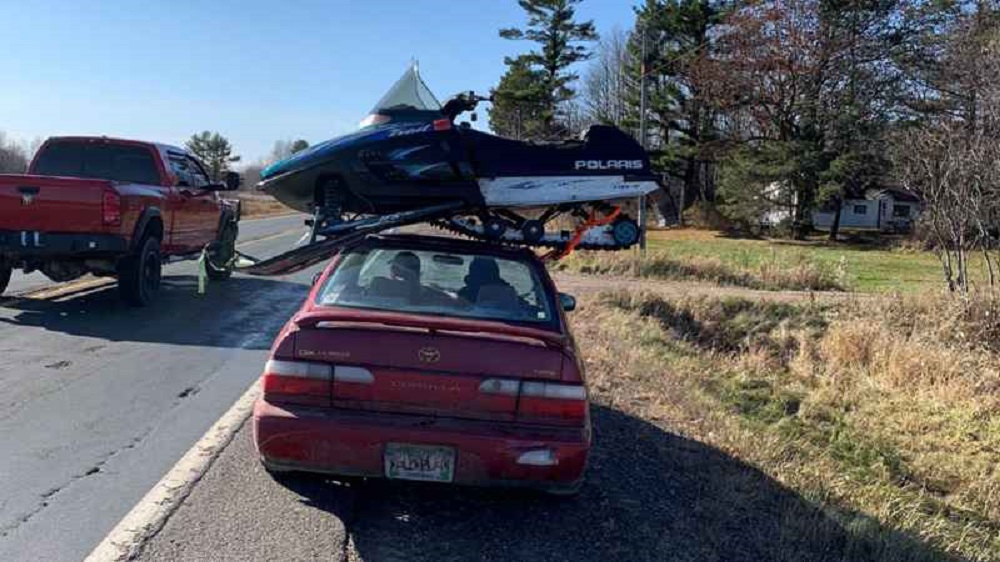 How to speak Boston, taught by Matt Damon. If you can’t view the below video, try https://youtu.be/IXSjCJvN5Zc.


The kid just wants to hear some Bruno Mars—PLEASE! If you can’t view the below video, try https://youtu.be/hYWoH8Vth4k.

« Offering the Benefit of Guaranteed Income in DC Plans