Overall, among MEP representatives and pension experts, there was no consensus on whether or not open MEPs or PEO-sponsored MEPs could substantially expand pension coverage.

GAO’s analysis of 2009 plan-level data shows that the bulk of MEP participants and assets resided in the largest 25 private-sector MEPs. Three major sponsor types emerged among the top 25 plans: large corporations, associations and professional employer organizations (PEO), which are firms that provide payroll and other human resources services to clients. These sponsor types differ in various ways, but notably, associations and PEO sponsors GAO interviewed tended to have a large number of employers participating in their plans.

Little is also known about a fourth category of sponsor type called “open” MEPs, an MEP in which employers in the plan share no common relationship or affiliation with the other employers in the plan. This sponsor type appears to have come about in response to 2002 Internal Revenue Service (IRS) guidance that allowed certain PEOs to avoid tax disqualification of their pension plans if they were converted to MEPs. Soon after this guidance was issued, practitioners began offering open MEPs.

Given that employers do not directly oversee the plan, there was also some concern from Labor officials regarding the risk of MEP abuses, such as charging excess fees or mishandling the plan’s assets. Additionally, because all of the participating employers are responsible for maintaining the MEP, if one employer becomes noncompliant with the tax requirements the plans of all the employers in the MEP may lose their tax-qualified status.

The U.S. Department of Labor regulates MEPs for participant protections under the Employee Retirement  Income Security Act of 1974 (ERISA), while the IRS regulates them for preferential tax treatment under the Internal Revenue Code (IRC). However, ERISA places requirements on plans that are not required under the IRC, and the Labor Department and  the IRS do not coordinate to reduce the impacts of defining a MEP differently.

For example, although the DOL recently opined that open MEPs are a collection of single plans, each separately sponsored by participating employers for their employees (see “DOL Says Open MEPs Not Single Employee Plans”), open MEPs still qualify for preferential tax treatment under the IRC. Pension experts told GAO that such differing treatment can create compliance challenges. For example, an open MEP may be able to file a single annual report for the IRS but may also have to file annual reports for each of its component plans for the DOL.

GAO recommends that the DOL lead an effort to collect data on the employers that participate in MEPs, and that the DOL and IRS formalize their coordination with regard to statutory interpretation efforts with respect to MEPs. In addition, GAO suggested the DOL and IRS jointly develop guidance on the establishment and operation of MEPs.

The full GAO report can be downloaded from http://www.gao.gov/products/GAO-12-665. 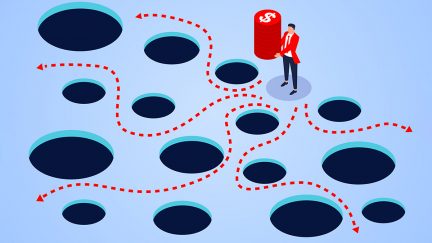