In Goldman Sachs Asset Management’s (GSAM)’s latest issue of Defined Contribution Viewpoints, “With Challenges Come Opportunities,” Mike Moran, GSAM’s senior pension strategist, notes that the retirement savings gap for many Americans is significant, but even more so for women.

Among the reasons Moran cites for this are: women make up approximately 46% of the total labor force but make up 69% of low-wage workers; women make up two-thirds of caregivers in the U.S. and are more likely to leave the workforce or reduce their hours to take on caregiving responsibilities; and women make up 64% of all part-time workers in the U.S., and only 36% of part-time workers have access to a workplace retirement plan. Moran also cites the gender pay gap, and citing a 2016 AARP survey, he says caregivers could lose up to $324,000 in reduced salaries and retirement benefits over their lifetime.

A study from Merrill Lynch in partnership with Age Wave found 70% of women surveyed contend that the financial services industry has traditionally catered to men. Financial planning models have defaulted to men’s salaries, career paths, family roles, life spans and preferences. As an example, the study report says, retirement calculators do not allow for planned or unplanned breaks from the workforce—breaks taken more frequently by women—to raise children or care for aging family members.

The study estimates that women will have earned a cumulative $1,055,000 less than men who have stayed continuously in the workforce, due to the accumulated lifelong pay gap and workforce interruptions. Moran also notes in the GSAM document that gaps in employment and low earnings are directly tied to what an individual receives in Social Security benefits. If an individual has years of no earnings or low earnings, the amount they may receive from Social Security may be lower than if they had worked steadily.

Women in the study also reported a lack of confidence in investing and a desire for more education. The study report suggests women also need more education about longevity, as women, in general, live longer than men.

In GSAM’s Defined Contribution Viewpoints, Moran says the Secure Act’s proposed rule to expand retirement plan eligibility to part-time workers could help women achieve their savings goals, as well as auto-IRA programs, which have been implemented by many states, and proposals to increase the minimum wage.

He suggests targeted education for women, which would include:

Among other things, Moran also suggests women be provided with investment advice services as well as financial planning or wellness tools that include, for example, guidance on budgeting and debt management.

Two-thirds of employees surveyed said having access to a financial wellness program would make them more likely to stay with... 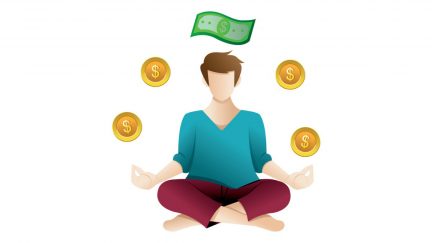 A TIAA survey also found employees are more concerned about day-to-day finances than saving for retirement.