Cash balance plans are defined benefit (DB) plans, but are different than traditional DB plans in that they have characteristics of defined contribution (DC) plans.

For this reason, using traditional DB plan administration systems for cash balance plans can be complex and costly.

Kravitz President Dan Kravitz, based in Los Angeles, says since 1984 when Bank of America implemented its cash balance plan, DB administration providers would take some programming from DC plans and overlay that with the DB plan system. Some plan sponsors developed their own systems. In addition, actuaries would do manual work in an Excel spreadsheet and input that into traditional DB plan systems.

“DB plan administration providers would do workarounds—we did for years—but that is not efficient,” Kravitz says.

Monica Gallagher, partner at October Three, who leads its defined benefit administration services practice and is based in Jacksonville, Florida, explains, “Pension administration systems built to handle traditional pension plans naturally focused on complex calculations. These pension benefit calculations generally involved looking back at years of data (e.g., 5 to 10 years of pay, complete service history from date of hire including any breaks in service etc.). Some complex formulas also involved items such as Social Security benefit offsets or coordination with Social Security Covered Compensation. As a result, many existing pension administration tools were built using robust mainframe systems. These traditional pension benefits were generally payable as an annuity at a future early or normal retirement date and the focus was on individual accrued benefits generally calculated once a year.”

Kevin Palm, retirement plan sales consultant with Kravitz and an enrolled actuary, based in Los Angeles, points out that this differs from cash balance plans. With traditional DB plans, the focus is on an annuity benefit and all other optional forms of distributions, including lump sums, come second; whereas with cash balance plans, the lump sum is presented first. “Cash balance plan software has to calculate a participant’s benefit similar to a DC plan style—opening balance, interest crediting rate, ending balance. An actuary calculates the distribution in the form of an annuity and joint and survivor benefit,” he says.

Gallagher adds that while traditional DB plans are generally focused on an individual calculation at the time of a participant’s request or retirement, cash balance plans are focused on regular, recurring batch calculations for all pension plan participants. The focus is on a cash balance account that is updated frequently, at least monthly, and now that some cash balance plans are providing market returns, in lieu of a prescribed interest credit, they are being updated daily. “This level of transparency not only supports participant confidence but helps participants appreciate the value of their growing pension benefit,” she says.

Cash balance plan sponsors may also choose different plan designs. For example, Kravitz says when using market rate of return for the interest crediting rate, plan sponsors can apply different investments to different groups of participants—conservative investments for older participants and vice versa. He says this is based on rules finalized in 2014. Cash balance plans may also differ based on which interest crediting rate plan sponsors choose, and if they choose market rate of return, plans can differ based on how many and which investments are chosen.

When choosing an administration system, plan sponsors want to look for a firm that specializes in cash balance plans; for some companies, that is not their core focus, Kravitz says. In addition, some firms may offer only one cash balance plan design, and firms may not offer multiple investment solutions. According to Kravitz, a big thing to look for is that the firm has actuaries on staff; some outsource actuary work. Kravitz says larger and mid-size plan sponsors have a strong desire to use market rate of return as their interest crediting rate and that requires special expertise.

In addition, Gallagher says, web-based and mobile capability is extremely valuable for cash balance plans now, but not generally a priority for a traditional plan where the accrued benefit is only updated annually. Since cash balance plans allow lump-sum distributions, technology advances providing increased self-service are important.  “Participants want the ability to go online to start and complete their retirement, or their lump-sum benefit distribution, process. Avoiding snail mail on both the front end (i.e., initiating the process) as well as on the back end (i.e., uploading required documentation) saves time and allows participants faster access to their benefits/money,” she says.

Palm states that cash balance plans have some room to catch up to the DC plan website experience, and that will be the next wave of software improvement.

The class action suit sought compensation for pension plan lump-sum payments whose value had been undercalculated.

Although attention to workplace benefits has increased among employers, a new Transamerica Institute survey reveals a chasm between the benefits... 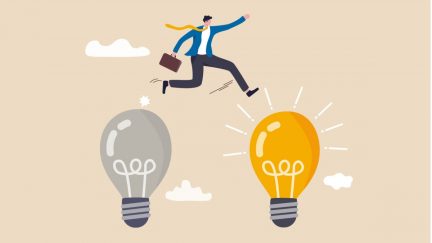 They are viewed as less risky than traditional DB plans, easier to manage, easier for employees to understand, and are...
SPONSORED MESSAGE — SCROLL FOR MORE CONTENT