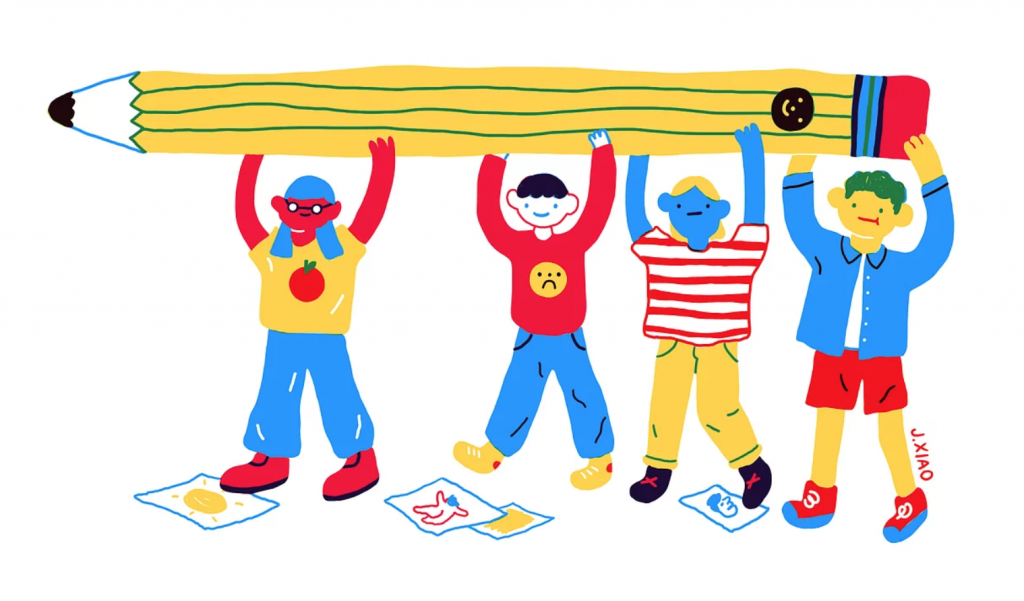 403(b) plans are looking more like 401(k) plans… or at least that’s what media reports and surveys say.

However, there is one 403(b) market segment that hasn’t morphed much—the K-12 public education market.

Looking at the history of K-12 403(b) plans, all were started from staff members telling the plan sponsor, “I want to contribute this amount of money per paycheck to provider ‘x’,” and the plan sponsor would direct that portion of pay to the provider, says Troy Dryer, AIF, vice president of business development for Investment Provider Exchange (IPX) at FPS Group in Denver, Colorado. Plan participants dealt directly with their providers, there was no plan sponsor involvement.

Mike Weckenbrock, vice president of life and retirement at Horace Mann in Springfield, Illinois, adds that this resulted in the bulk of investments by participants being in individual annuity contracts. According to Dryer, K-12 403(b) plan participants early on didn’t have access to many mutual funds. “Open architecture happened in the 90s, and participants had a broader fund array,” he says.

When the IRS passed updated 403(b) regulations in 2007, it required more plan sponsor involvement. Concerned that participants were surpassing statutory limits for contributions, loans and hardship withdrawals, plan sponsors are now responsible for monitoring transactions. Many 403(b) plan sponsors decided this would be easier without the multiple providers and the individual contracts, so they took steps to move to consolidation. There has even been a push for K-12 403(b) plan sponsors to adopt a single-recordkeeper model.

However, it wasn’t that easy to get participants out of individual contracts; individuals had relationships with advisers to these products, they had to give consent to move money out and often there were fees for doing so. For this reason, some plan sponsors turned to so-called “aggregators”—providers who were willing to gather information from all other providers in the retirement plan in order to monitor limits. Again, this proved challenging; although the IRS required information sharing among providers, information was sometimes hard to get from “legacy” providers that were no longer actively getting contributions from participants.

But, beyond the difficulty in changing, Weckenbrock points out that one reason K-12 school districts have kept the multiple provider model is employer choice. And, in some states, it’s driven by regulations. For example, he says, California requires all product providers to offer investments employers choose. “More vendors and individual annuities makes recordkeeping harder and there are additional costs. That said, it is not always a negative. School districts prefer some level of choice. It is a balance,” he says.

Tom Granger, CLU, REBC, CPC, CPFA, second vice president sales director qualified plans in Security Benefit’s qualified plans area, based in Topeka, Kansas, says unions have a lot of input. If employee unions have enough push and pull, the multiple provider model will stay in place. He adds that the National Tax-Deferred Savings Association (NTSA) did a survey about what happened to districts that went to a sole provider, and the results were significant in showing that participation rates for 403(b) plans were not improved from doing so.

Another issue, according to Dryer, is that the mindset of K-12 403(b) plan sponsors is “If I make a decision, then I am liable,” so if they limit providers from which participants can choose, they feel it seems as if they are endorsing those providers. “It creates a perception of liability. They question, once they make decisions, how they keep from getting sued by employees or a governmental entity with oversight over them,” he says.

It takes a village

So, how does recordkeeping work in a multiple provider, individual contract environment? It takes many players.

Often product and fund providers recordkeep for their own offerings, as is the case with Security Benefit and AXA Equitable Life. Granger says third-party administrators (TPAs) are used to aggregate data. We don’t provide that service, but we are more than willing to pay to be on [a TPA’s] platform,” he says.

He points out that school districts are still utilizing individual products—fixed and variable annuities and individual mutual funds—and that makes providing a single portal for plan sponsors to monitor their plan difficult. “Some groups think a single provider can offer simple reporting, but with sometimes thousands of contracts that’s difficult,” Granger says. Security Benefit does offer a group custodial product, similar to what 401(k) plans offer, for which plan sponsors have web access. But, it is offered side-by-side with individual products.

Scanlon says AXA Equitable Life customizes plan sponsor client portfolios with AXA products but use multiple money managers based on clients’ needs. AXA does recordkeeping for those contracts and communicates with TPAs that oversee all providers for school districts.

Horace Mann’s K-12 403(b) recordkeeping option is different. Horace Mann 403(b) programs provide choice for the plan sponsor for either single provider or multiple provider plans. The firm provides various insurance products for educators, including annuities. But, Weckenbrock says Horace Mann’s Retirement Advantage solution offers an open architecture mutual fund platform as well as recordkeeping for 403(b) and 457(b) plans. According to Horace Mann’s website, it provides an integrated service delivery team and a dedicated day-to-day relationship manager who helps support all operational and service-related aspects of the plan. Horace Mann’s solution features a dedicated conversion team, defined contribution (DC) plan recordkeeping offered through FIS Relius, payroll remittance, loan and distribution processing, and optional ERISA services available through both Horace Mann Service Corp. as well as TPAs. In the public schools market, loan and hardship aggregation services are available through ADMIN Partners, LLC.

According to Peter Moore, vice president, head of product development at Horace Mann in Springfield, Illinois, the underlying investments on Horace Mann’s platform all use institutional shares and zero revenue shares (clean shares). “We carry that on to annuities as well. We looked at that very early in the design and construct of this program,” he says.

In addition, Horace Mann provides plan sponsor access to get summary reports, Even though the company uses a TPA aggregator, the aggregator can conveniently provide information directly to the firm.

Another example of the different types of providers for the K-12 403(b) market is FPS Groups IPX platform. According to Dryer, IPX can track multiple products on a single platform; it can help with the transition to fewer providers if need be; and it can handle legacy contracts and help participants if they want to move to fewer providers or a single provider.

“We create the electronic playing field that allows control by plan sponsors of all different players in retirement plan—advisers, vendors, investment providers, etc. Everyone has responsibility for putting information into the system,” Dryer says. He also points out that IPX can help with a problem some school systems get into. Plan sponsors can approve an investment product, but they don’t necessarily approve all sellers of that product. For, example, he says, in one instance, 450 representatives were trying to sell a Franklin Templeton product to staff in a certain district, but the plan sponsor had only approved 12 representatives. On the IPX system, FPS Group can authorize representatives and make sure they are the only ones setting up accounts with participants. It can connect active providers to participants.

The IPX model sounds a lot like an aggregator; however, Dryer says it’s more than that. The recordkeeping system is not tied to any provider, but it can trade and sell for any provider. “What makes us different than an aggregator is, if a school district engages us, we can set up auto enrollment and include all investment providers. We offer modern features that other 403(b)s are starting to adopt—such as auto enrollment, auto deferral escalation and online enrollment—but with multiple investment providers,” he adds.

The system tracks limits not just to a 403(b) plan, but between 403(b), 457(b) and 401(a) plans. When a participant hits a limit or goes over a limit, the system can turn off the transaction and even return assets. “One of the advantages of a master recordkeeping system, while an aggregator would not catch it until a participant went over a limit, we see all transaction paths and can often stop transactions before participants exceed limits,” Dryer says.

In addition, through IPX’s plan sponsor portal, plan sponsors can see all providers, all transactions, and the monitoring of limits, instead of having to get information sharing from all providers.

Heads aren’t stuck in the sand

Although K-12 403(b) plans are still operating much the same as they did before the 2007 regulations, “They are moving in the right direction,” says Dryer. “K-12 school districts are governmental organizations, and in their core they have a desire to help employees. Employee generally work for less money than employees in the private sector, so governmental employers want to make their benefits the best they can. Better control, oversight and better quality investments can help reduce costs and help employees save more for retirement, so we are starting to see the movement to the oversight the regulations intended K-12 403(b) plan sponsors to have. They are starting to make comparisons.”

Weckenbrock adds that with the 2007 regulations combined with the trend of fee compression, he has begun to see a trend to move to more open architecture mutual fund platforms. “School administrators and employers are beginning to want to look at what they are providing employees. They are looking into more transparency,” he says.

And there’s one thing K-12 403(b) plan sponsors and providers have traditionally done that makes them ahead of their 401(k) counterparts, according to Dryer—provide one-on-one participant advice. “We allow participants to give advisers access to their accounts. Advisers can help them by making investment changes or making suggestions to participants, and all the participant has to do is confirm the change. Advisers help participants overcome inertia,” he says.

“We don’t just go in and sell a product, we sit down with educators, provide them with information about their pension plan, offer student loan workshops or budgeting workshops”—the financial wellness education 401(k) plans are now starting to embrace, Weckenbrock says about Horace Mann.

Moore adds that the education Horace Mann provides can be one-on-one or online, depending on what is convenient and preferred by participants, and it includes why to save as well as how much to save.

Scanlon says AXA Equitable Life’s Series 7 licensed financial adviser also sit down with participants to educate them. “A lot of times teachers don’t know a 403(b) is available. Pensions often do not provide enough income in retirement, so we tell them how their pensions work and why 403(b)s can help them bridge the income gap,” he says.

Granger agrees that as governmental pension plans have been scaled back, K-12 employees need now more than ever to participate in their 403(b)s. “We can get reasonable participation rates if we have boots on the ground to talk to participants about why and how to participate,” he says.

According to Scanlon, one of AXA’s value propositions is client consulting. “Although multiple providers is a challenge, we focus on what it means for the client, and customize the plan offering for the client,” he says.

For more information about providers to all segments of the 403(b) plan market, see our online 2018 403(b) Buyer’s Guide. 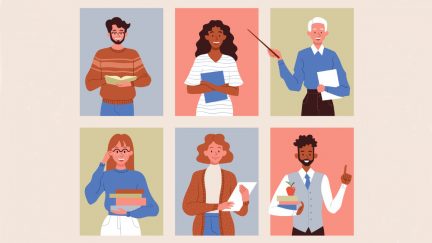 « What Can the Retirement Plan Industry Expect in 2019?