The Kroger Co. and International Brotherhood of Teamsters (IBT) announced the ratification of a new labor agreement that provides for Kroger’s withdrawal from the Central States Pension Fund.

Under the Multiemployer Pension Reform Act (MPRA), multiemployer plans in critical and declining status may apply to the Treasury Department for a suspension or reduction in benefits. Unfortunately, the process is proving more stringent than applicants and industry experts had anticipated. The Treasury Department rejected Central States’ application for a suspension of benefits.

Kroger and IBT have established a new fund, called the International Brotherhood of Teamsters Consolidated Pension Fund that is designed to provide Kroger associates with a secure pension. Central States Trustees do not have to approve the new agreement.

The withdrawal is effective December 10, 2017. Kroger will make payments to Central States to fulfill its withdrawal liability obligation.

Under the ratified agreement, the benefits current associates have earned as participants of Central States will be protected. The new IBT pension fund will make up benefits that are reduced by Central States as a result of Kroger’s withdrawal. Should Central States become insolvent and benefits are reduced, the IBT Consolidated Pension Fund will restore benefit reductions above the level guaranteed by the Pension Benefit Guaranty Corporation (PBGC).

Moving forward, current associates also will begin earning a new pension benefit through a formula negotiated by Kroger and the IBT and ratified by members.

“Given the uncertain future of Central States and the potential adverse impact on our members, the National Committee felt the move to the IBT Consolidated Plan will ensure they have a stable and reliable retirement benefit in the future,” says Steve Vairma, IBT vice president.

Congressional Democrats working on labor and retirement issues convened Wednesday morning to call on their Republican majority colleagues to consider immediate stand-alone passage of legislation, known as the Butch Lewis Act, which would, Democrats argued, “ensure the pensions that American union workers have earned over a lifetime of work are protected into the future.”

With PBGC dictating interest rate assumptions and permissible investments, there are steps plan sponsors should take to make the relief...

PBGC has issued an interim final rule addressing assistance requirements, and the IRS has released a notice for plan sponsors... 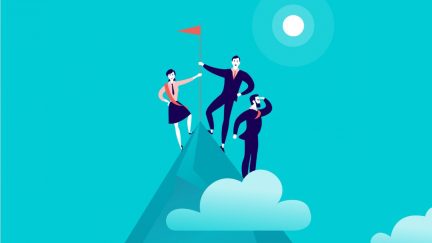 The percentage of plans in the healthy ‘green’ zone increased slightly; however, the pandemic had an effect on certain industries’...
SPONSORED MESSAGE — SCROLL FOR MORE CONTENT