Americans recognize the importance of having a secure source of retirement income they can’t outlive, according to the 2017 TIAA Lifetime Income Survey.

More than half (56%) of Americans surveyed who are not retired say the most important goal for a retirement plan is to guarantee money every month to cover living expenses. Given a choice between receiving a $500,000 lump sum at retirement or getting $2,700/month for life, 62% would choose the monthly income.

However, even though Americans want steady income throughout their retirement, only 32% of those surveyed say their retirement plan includes access to products that provide monthly income in retirement. Among those who don’t have access or aren’t sure if they have access to such products, half would like such an option.

The majority of American adults who are not retired support legislative changes that would help them get more information about, and access to, lifetime income products within their workplace retirement plans. Seventy-one percent support legislation to make it easier for employer-based retirement plans to include these products, such as annuities, as investment options; and 67% favor legislation that requires retirement account statements to include an estimate of monthly income in retirement.

Though many Americans would like to receive access to retirement income they cannot outlive, only half (49%) of non-retirees are familiar with annuities according to the survey. Only 13% of non-retirees have purchased an annuity, though another 31% say they plan to do so.

“Americans should give annuities a second—or, in many cases, a first—look because they can provide the reliability and security that is so critical as the average length of retirement grows,” Pressman says. “The more you know about annuities, the better you can evaluate your options and select the investment products that best suit your financial needs and goals.”

Participants have misconceptions about other investments

Individuals may not be choosing annuities because they mistakenly think other investments offer a similar guarantee. Nearly two-thirds (63%) of non-retirees who are invested in a target-date fund expect that it will provide a guaranteed monthly paycheck for the length of their retirement, and 70% would like their target-date fund to offer this benefit, according to the survey.

However, the reality is that most target-date funds do not include this feature now, though recent innovations have resulted in some new investment options that provide lifetime income within the target-date structure. In the future, more participants will be able to access these types of investments.

While annuities can offer peace of mind to individuals by covering their fixed monthly expenses, people often draw upon other savings or supplemental income for discretionary spending. Most non-retirees surveyed plan to augment their retirement income with part-time (52%) or full-time (11%) work, which can provide extra income for travel, hobbies and other retirement activities.

TIAA suggests steps both employers and individuals can take to help improve retirement readiness and outcomes:

“The prospect of saving enough money to last through a potentially long retirement can be overwhelming, even for those who feel financially secure in their pre-retirement life,” Pressman says. “Ensuring all Americans have access to better retirement plans—notably, plans that can produce a stream of income that is guaranteed to last a lifetime—will go a long way in helping to bring the peace of mind we all deserve in retirement.” 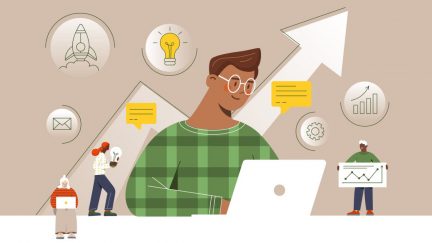