The lawsuit alleges that the defendants allowed Fidelity to collect excessive and unreasonable recordkeeping and administrative fees from the plan, and thy caused the plan to make certain imprudent investments. The lawsuit has already survived a motion to dismiss.

Regarding class certification, the defendants claim plaintiff’s definition of the class is both overly broad generally in terms of its proposed time frame, and with respect to the imprudent investment claims particularly, insufficiently specific in terms of which plan participants and beneficiaries may be part of that class. The defendants suggest the proposed class must be limited by the applicable six-year statute of repose which applies to Employee Retirement Income Security Act (ERISA) claims.

Examining the requirements of Rule 23, Blackburn agreed with the defendants that certification of more tightly defined subclasses as to those claims is appropriate. But, he said, “Regardless whether the class is defined as a single entity, as plaintiffs suggest, or as several subclasses, as defendants would have it, the class is sufficiently numerous to satisfy Rule 23(a)(1).”

Blackburn also found it clear that “the named plaintiff[s’] claim and the class claims are [sufficiently] interrelated” so “that maintenance of a class action is economical” with respect to the administrative fees claim. He also found the named representatives are adequate and will be able to control the litigation and to protect the interests of the class as a whole insofar as the excessive fees claim is concerned.

But, Blackburn says the analysis is rather more complicated in considering plaintiffs’ imprudent investment claims. The plaintiffs advocate for their proposed omnibus class definition on the basis that common contentions of fact and principles of law inform all their claims, namely: whether each defendant breached its fiduciary duty or engaged in a prohibited transaction as alleged; whether the plan suffered losses and the amount thereof; and what kind of equitable relief may be appropriate. The defendants insist, that the requirements of at least typicality and adequacy are not met with respect to the definition of the imprudent investment class because not all participants nor all named putative class representatives were invested in those funds.

The court relied on Spano v. Boeing in which the court held “that a class representative in a defined-contribution (DC) plan case would at a minimum need to have invested in the same funds as the class members” when it decided the proposed class definition in the Oracle case is insufficiently precise insofar as the imprudent investment claims are concerned.

For this reason, Blackburn approved subclasses of the imprudent investment class for the Artisan fund and the TCM fund in the plan. Because no named class representative invested in the PIMCO fund, he did not certify an imprudent investment class related to that fund at this time. The excessive fee class was defined as “All participants and beneficiaries of the Oracle Corporation 401(k) Savings and Investment Plan from January 1, 2009, through the date of judgment, excluding defendants.”

The latest decision is here.

Because downside protection promised for certain funds wasn’t provided and it wasn’t warned, the committee for defined benefit plans of... 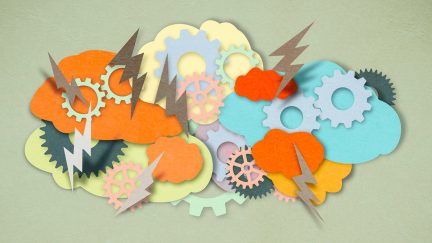 Retirement industry experts say more should indeed be done to help lower-income workers save for the long-term future, but disagreement...

The primer is the first in a series of four papers DCIIA will issue that will cover the basics of...
SPONSORED MESSAGE — SCROLL FOR MORE CONTENT