That shift marked a continuation of the trend that began in April, when US equity markets – and participants tracked by the Hewitt Index – reversed a year long shift to fixed income and stable value investments in the Hewitt Index, which tracks the movements of some 1.5 million participants.

Transfers favored fixed income investments on just seven days in August, while trading levels remained firmly in normal trading ranges.   On average, daily net transfers totaled just 0.06% of the roughly $70 billion in 401(k) balances tracked by Hewitt last month, compared to 0.08% a year ago.   Hewitt notes that since the start of the major market rebound in April, there has been only one above-average day of net transfer activity ( June 3, see  June Transfers Favor Equity Investments – But Not Company Stock ) .

Those transfers continued to flow from bonds – nearly two-thirds of the month’s transfers came from those investments – while most of the rest came from company stock.   In fact, bond funds have been hit the hardest by transfers, with over $240 million flowing out of bond funds in August alone, and over $750 million flowing out since the beginning of April, according to Hewitt.   Small US equity funds sopped up about 30% of August’s transfer flows, while nearly 19% went into GIC/Stable value, and 13% went to international investments.

When the dust settled, the overall asset allocation in the Hewitt 401(k) Index was largely unchanged from the month before (see    Rising Markets, Temps Tempt Transfers ).   GIC/stable value was the most prevalent, comprising roughly a quarter of the total.   Company stock remained the second most represented holding, with 24.50%, while large US equities were roughly 21% of the total.   Other major segments were balanced offerings (7.19%), lifestyle/premixed (4.76%), and bond funds (3.84%).   At the end of August, the stock allocation of the Index reached 62% of total balances, bringing the level back to its July 2002 level, from a low of 56.6% in February of 2003 (see  Transfers Heat Up While Markets Melt Down in July ).

A “normal” level of relative transfer activity is when the net daily movement of participants’ balances as a percent of total 401(k) balances within the Hewitt 401(k) Index equals between 0.3 times and 1.5 times the average daily net activity of the preceding 12 months.

The plaintiffs have already filed an amended complaint after a judge found that their allegations were insufficient to state a... 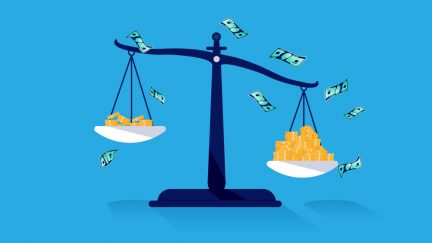