A survey by Financial Engines found that few Americans are knowledgeable about the ins and outs of rollovers from 401(k) plans. Forty-two percent of those between the ages of 35 and 65 who left a job where they had money in a 401(k) plan were unaware that they could leave their money in the plan.

Ric Edelman, co-founder and chairman of financial education and client experience at Edelman Financial Engines, notes that 46% of respondents to the survey don’t know what they are paying in 401(k) fees, which could hinder their decision about what the right course of action is. In addition, 37% thought they did not pay any 401(k) fees.

“Not understanding your distribution options can harm your ability to reach your retirement goals,” Edelman notes. “Often, leaving the money with your old employer is the best choice.”

According to Edelman and Jones, rolling money out of a plan can result in higher, potentially less apparent costs, including taxes, IRS penalties and other costs. IRAs often feature proprietary investment options from the same provider, they say. IRA fees are often higher than 401(k) fees, and by exiting a plan, an investor is losing existing fiduciary and creditor protections, the survey report suggests.

“Big companies that employ hundreds or thousands of workers have better bargaining power to negotiate the lowest management and fund fees possible,” the survey report says. “That means more money stays in their employees’ accounts and compounds over time. Larger plan sponsors also typically offer more customized funds that are more closely monitored than individuals can access on their own through an IRA.”

It is due to these reasons that a Callan survey this year found that 70% of plan sponsors want to retain assets in their plan. However, when switching jobs, only 26% of workers have rolled their money over to another employer-sponsored 401(k). Twenty-eight percent moved the money to an IRA, but 39% kept the money in the plan. Sixty-nine percent of workers have not consulted with an adviser about distribution options. Among those who withdrew money before retiring, 26% got no information from any source.

Financial Engines says it is important that people become more knowledgeable about rollovers, as they are changing jobs more often. Citing data from Mercer, the company notes that voluntary turnover among workers in 2018, excluding retirements, was 15.5%, up from 14% the year before.

Among those who did work with an adviser on their distribution choices, 80% said they felt confident about their decision. Nearly 80% said it was extremely or somewhat important that financial advisers act as fiduciaries.

In conclusion, Financial Engines recommends that participants seek out advice from a financial planner before making a distribution decisions.

Edelman Financial Engines’ findings are based on a survey of 1,071 people conducted in February and March using the Qualtrics Insight Platform with a panel sourced from Lucid Marketplace. 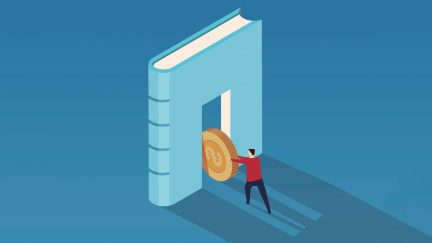 The updated guidance waives the excise tax for those who failed to take a required minimum distribution in 2021 and...
SPONSORED MESSAGE — SCROLL FOR MORE CONTENT