Since the pandemic has exposed many Americans’ lack of emergency savings, retirement plan recordkeepers have been scrambling to create both in-plan and out-of-plan solutions, according to a recent report from Commonwealth.

The report, “Eye on Systemic Change in the Retirement Industry: How Recordkeepers Are Leading the Charge to Address the Emergency Savings Crisis,” notes that 37% of Americans were unable to manage a $400 emergency even before COVID-19. This percentage is even higher for lower-income workers, as well as women- and Black-led households, the report says, estimating that financial stress creates lower productivity which costs companies up to $250 billion a year.

“The emergency savings crisis has only been exacerbated by COVID-19; therefore, it is even more important today that recordkeepers develop emergency savings solutions as soon as possible,” the report says. “Critically, recordkeepers should be focusing on low- and middle-income employees most in need of an affordable, accessible solution.”

Commonwealth interviewed nine of the nation’s largest recordkeepers for the report and found that the majority of them are developing solutions that aren’t tied to retirement accounts, though several said they would offer both in-plan and out-of-plan solutions to meet participant and plan sponsor demand.

Commonwealth says plan sponsors that are considering offering a solution should start by defining what an emergency savings account should be. According to the report, recordkeepers’ opinions are divided on this basic premise. For instance, one recordkeeper interviewed said a participant would be covered with just $1,000 in savings, while others said an emergency account should enable a person to save three to six months’ worth of expenses.

The sponsor should also decide how the funds should be invested, if at all, and how liquid they should be, Commonwealth says. Sponsors then need to decide if they want to offer a match, and, if so, if it should only be extended to low- and middle-income workers.

Then there is the decision of whether to make it an in-plan or out-of-plan solution. In-plan emergency savings accounts are easy to implement because the payroll integration is already there with the defined contribution (DC) plan, Commonwealth says. It adds that if workers first open an emergency savings account, it can provide a ramp for them to become more financially stable and progress to saving for retirement. However, one big drawback with this approach is that withdrawals are subject to taxes and penalties for those younger than 59.5.

“The benefits of out-of-plan options include the ability to launch faster, to incorporate engaging product features and to allow for portability between employers,” the report says. The only drawback is that because they are separate from the 401(k), they can incur additional fees.

“An out-of-plan approach is more broadly available to employees because, unlike an in-plan approach, it isn’t limited to those already in the retirement plan,” she says. “It is easy for employees to access, and they can take it with them, whereas if it were in-plan and the left the company, that could cause some issues. They might have to liquidate their savings, depending on the plan charter. With respect to regular withdrawals from in-plan accounts, there are taxes and penalties.”

Lee Stevens, head of institutional sales at T. Rowe Price, says there’s not necessarily one approach that works for all plan sponsors.

“It really depends on the initial goal of the plan sponsor,” Stevens says. “If they feel the need is pressing because of the pandemic and ensuing surveys exposing paltry emergency savings, out-of-plan is quicker. If they want the benefit of having it be integrated with payroll and the retirement plan, the better option is an in-plan solution.”

Stevens says, like the Commonwealth report, she has found that most recordkeepers are in the process of building solutions.

T. Rowe Price clients have been expressing a great deal of interest in emergency savings accounts, she says. “Our annual ‘Retirement Savings and Spending’ survey gives us the probable reasons why. Fifty-four percent of participants say financial challenges create the most stress, and 45% use their credit cards to cover unexpected expenses.”

Stevens says plan sponsors should ask, “What is it that they are trying to accomplish? After a year of offering this, has it reduced hardship withdrawals and loans? These are four key criteria and, if the emergency savings is offered in-plan, they become fiduciary decisions.”

Dave Kilby, president and CEO of FinFit, says he expects recordkeepers will be able to roll out any new offerings in the next 12 months. He says he hopes plan sponsors that offer emergency savings options to employees who have not yet started saving for retirement pair the account with robust communications about the importance of making that leap.

“This can be a great opportunity for plan sponsors to build an environment that creates both short-term and long-term financial planning,” Kilby says. 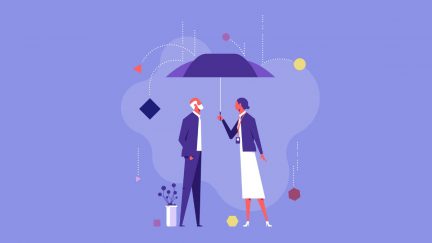 A report from DCIIA and Commonwealth suggests that emergency savings should be placed in an account that is distinct from...

Savings are directly deposited from employees’ paychecks into a checking account, and employers can incentivize employees by offering a high...