International Paper announced plans to settle approximately $1.6 billion of its pension obligations by purchasing a group annuity contract from The Prudential Insurance Company of America.

The parties size the pension risk transfer (PRT) deal as the second-largest to take place thus far in 2018, behind a group annuity transaction between MetLife and FedEx that covered some 41,000 retirees and beneficiaries and $6 billion in assets.

This latest agreement is, in fact, the second and, by dollar, value larger pension risk transfer between the two companies in just over a year. Last October, International Paper agreed to transfer approximately $1.3 billion of its pension liabilities to Prudential, an agreement covering 45,000 of International Paper’s retirees.

According to Prudential, such agreements reflect a growing desire among companies to take active steps to reduce the risks, costs and liabilities associated with running a defined benefit pension plan.

The deal comes as more large employers close to within striking distance of PRT transactions. Nearly one-third of pensions have a funding status of 95% or more, making a buyout or risk transfer deal two possibilities they could pursue, according to analysis of 500 plans with collective assets of more than $100 billion published by RiskFirst. The number of plans with this high level of funding status increased 50% in the first half of 2018.

Prudential explains that stronger funding levels have put companies in a better position to consider pension risk transfer as a solution for addressing their pension obligations.

“When choosing to transfer pension risks, companies are seeking shelter from the increasing costs and substantial risks of market volatility and longevity increases,” the firm explains, noting that it already makes more than $10 billion in pension payments to more than 1 million retirees and their beneficiaries annually. 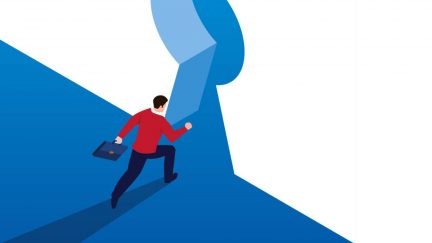 More pension risk transfer transactions are likely to be seen within the decade—and by more down-market plans—for a variety of...

The pension risk transfer trend is expected to continue, though most transactions are implemented by large companies, and transferring pension...