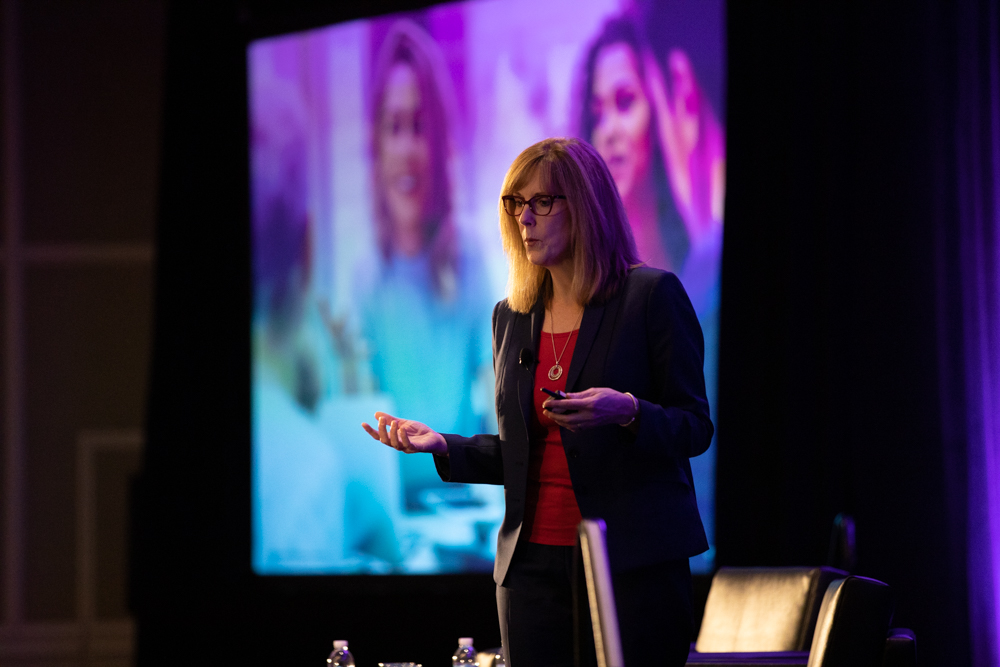 However, during her presentation at the 2019 PLANSPONSOR National Conference in Washington, D.C., titled “Financial ownership: Helping participants move from engagement to action,” Golladay said she has in recent years been focused on expanding her outlook to think more about how such rules and requirements influence participant outcomes. She pointed out that reforms brought about by the Pension Protection Act of 2006 have had a major positive impact on the U.S. retirement system, and the fact that legislation pending in the Capitol could soon bring about another round of sweeping reforms. But in an important sense, she said, policy developments in themselves will never be enough to ensure positive participant outcomes.

“I was such an ERISA nerd early on in my career, I’ll admit, but when I came to Schwab, I realized I wasn’t doing enough to understand participants on a personal level,” Golladay said. “I realized I wanted to do more than just help plans meet their regulatory requirements and instead help participants in a holistic and meaningful way.”

Golladay pointed to recent Schwab survey results showing nearly 60% of Americans are currently living paycheck-to-paycheck. Many of these people say they have no emergency funds whatsoever.

“While our focus is on retirement plans, we have to understand that so many of the individuals we want to serve are only one or two issues away from serious financial hardship,” she said. “Just look at what happened with the recent government shutdown, when thousands of Americans had to forego a paycheck for almost a full month. That event grabbed the headlines, but we also have to acknowledge that these types of income interruptions are happening every day to our co-workers, family and friends.”

Golladay said this is a critically important issue that employers have a stake in addressing, as one in four Americans say that financial stress impacts their health and work performance. The same fraction says their personal finances have recently been a workplace distraction that has damaged their productivity.

“The point of all this is to say that plan innovation must be tied to participant outcomes, and we need to acknowledge where our innovations may actually be bringing about unintended consequences,” Golladay said. “I like to use the example of the popularity of automatic enrollment as popularized by the Pension Protection Act [PPA]. Auto-enroll has increased the number of people who are saving by quite a lot, but it is still too common to see plans auto-enrolling their workers at or below 3%. We know this is not high enough to promote retirement readiness.”

According to Golladay, there is actually evidence that shows a 3% auto-enrollment rate can result in lower average contribution rates versus a fully voluntary sign-up plan. Automatic enrollment plans, she explained, may have higher participation rates, but a high and growing participation rate alone does not create a successful plan. She encouraged plan sponsors to think hard about the incentives they have purposefully or accidentally programmed into their plan designs, to ensure that participants are truly put on the right track.

“We know that roughly half of employees choose their contribution rate based solely on the employer match or the rate set by their employer’s automatic enrollment,” Golladay said.

Golladay went on to tell the story of a Schwab client that recently enacted a “take one action” campaign. The campaign was comprised of town hall meetings featuring key company executives and Schwab representatives, along with “mix-and-mingle” happy hour events targeting younger employees. Additionally, the campaign included in-person workshops and recorded webcasts on specific topics having to do with financial wellness and retirement. One-on-one consultations also were used.

“After the event, 70% of those who changed their Roth deferral made deferral increases,” Golladay said. “More than 100 employees changed their investment selections, and 4% more of those eligible to receive financial advice started doing so.”

A panel of experts convened by EBRI discussed what factors are driving the ‘Great Resignation and Retirement,’ and what the...

« PSNC 2019: Criteria to Consider When Selecting a Retirement Plan Adviser