A National Center for Employee Ownership (NCEO) analysis looked at the 22 lawsuits against employee stock ownership plans (ESOPs) the Department of Labor (DOL) took to court between 2012 and 2018 and found two broad issues: valuations and operational issues.

In “A Guide to DOL ESOP Investigations,” the NCEO says these operational issues can usually be resolved in straightforward ways and have not been a major source of contention or concern. However, the same cannot be said with respect to valuation.

Valuations is the area of the most intense efforts by the DOL. “Almost all the significant monetary recoveries come in these cases, and can vary from small amounts to tens of millions of dollars in a few large cases. About five to nine of these investigations per year have led to litigation by the DOL, and almost all of these resulted in settlements that typically ranged from a very small percentage of the alleged overvaluation to around 30%. The DOL has made it clear that it views sales to the ESOP as the most potentially fraught issue and has focused its resources on this area,” the e-book says.

Data obtained by the NCEO indicates DOL investigations by its Employee Benefits Security Administration (EBSA), in general, have been declining. However, the data shows that, between 2007 and 2017, about 100 investigations per year were closed with results, 64% of which led to monetary recoveries. Companies need to take steps that can decrease the risk of an ESOP being subject to litigation and investigation.

According to Timothy Hauser, now Deputy Assistant Secretary for National Office Operations, valuation is the “first, second, third, and fourth problem” with ESOPs. In a 2014 interview published in an NCEO issue brief, Hauser stated that “We believe there is a chronic problem with ESOP appraisals. To address this problem, we have increased the level of scrutiny of ESOP appraisals. When we go in and open an ESOP case, I ask my field people to take a close look at the appraisal. And we often review the appraisal at the national office as well… The bottom line is that we want ESOP transactions to occur at the right price and be in the best interest of the plan.”

By far the most important issue in terms of ultimate costs to the responsible parties and potential benefit restorations to participants is valuation, especially valuation issues concerning transactions between the ESOP trust and an outside seller. These accounted for 50% of all investigations in 2017. One thing ESOP fiduciaries should consider is the deal structure.

Quoting from the e-book, over the years, more investment bankers have entered the ESOP space, and some of them have pursued aggressively structured deals. One common structural concern is the use of warrants with seller notes. Warrants allow the seller to acquire company stock at a fixed price (usually the fair market value at sale) for some number of years into the future, much like buying a stock option. To calculate how many warrants to issue, the advisers calculate an “internal rate of return” sellers can expect from seller notes. The company offers, and the seller accepts, a cash interest rate substantially lower than the market rate and gets a number of warrants that have a present value equal to the present value of the foregone interest, consistent with the calculated internal rate of return. The present value of a warrant would be calculated in much the same way as would the present value of a stock option.

The question is, how many warrants at what price will the seller get? Warrants can be beneficial to the ESOP by reducing the risk the trust incurs if the company does not perform well. But if warrants are awarded based on an excessively aggressive assumption, and the company does well, the company could end up with a huge balloon obligation when the warrants are exercised. There is no right number, but the DOL clearly objects to using higher-end numbers and even some more modest ones. Trustees may ask for a fairness opinion to evaluate deal structures involving warrants, meaning that a third-party assessment would be required. ESOP decisionmakers should avoid using providers who promise a certain rate of return in advance or deal structures that seem to favor the seller at the expense of the plan.

Hauser has also indicated that complex deal structures in general can be a red flag: “I’d say our antennae are going to go up more if we see a lot of complexity. At some point we have to wonder if all the complexity is there because it’s good for the plan or if it is there for some other reason.”

Another sticking point, according to the NCEO, is excessively optimistic forecasts, including ones that ignore apparent risks or that project prior-year growth trends into the future without considering how they might change.

Again, quoting from the e-book, the DOL has also objected to the trust paying for control when it does not have full operational control. For instance, the seller might insist on covenants on how profits can be used before paying a seller note, have one or more seats on the board, have the ability to pay bonuses that are greater than what the market would require, appoint or serve as the fiduciary, etc. In the past, many (but not all) valuations typically provided an explicit control premium. Now they start with a financial control model to determine the value of the company as a whole. The resulting number would then be adjusted, if needed, for lack of liquidity, repurchase obligations (if needed), and discounts for specific elements of a lack of full control, if applicable. These can include not having a majority of the stock held by the ESOPs and/or the kinds of specific limitations listed above.

The NCEO notes that the DOL, and ESOP advisers, agree that all transactions between sellers and the ESOP should be overseen by an independent trustee. Among other key decisions, the trustee must, with the advice of an independent appraisal firm, determine the fair market value of the shares the ESOP is acquiring. Notably, the most extensive litigation from the DOL has been against these trustees—not, for instance, against directed trustees or trustee committees made up of insiders.

There is also wide agreement that trustees, not sellers, should hire appraisers and that appraisers should not have had any prior relationship with the seller or the firm.

The DOL has also expressed concern that some trustees have too easily greenlighted valuations without showing and documenting that they truly approached the transaction as an assertive defender of the ESOP trust’s interest in getting a fair deal. In some instances, the DOL has alleged that trustees work too closely with dealmakers to get deals done that sellers like. The DOL’s Timothy Hauser stated that “We do not see a lot of haggling over price. We do not see a lot of pushing back. Indeed, in some cases, we see trustees actively working with the seller to come up with ways to maximize tax benefits for the seller to the detriment of the plan.”

Finally, the NCEO points out that companies often take on debt as part of an ESOP transaction, and that debt begins to be reflected in the first valuation after the transaction. The most controversial issue the DOL has raised (although this is more common in litigation brought by ESOP participants) is arguing that the post-debt drop in ESOP share value is evidence of overpaying for the shares.

“Trustees and appraisers should document that the company’s projections considered relevant issues and that the trustee and appraiser carefully assessed such issues as well,” the e-book says.

More information and a guide to the publication may be found here. 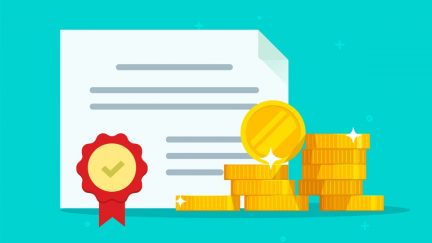 The lead regulator of employer-sponsored retirement plans says cryptocurrencies and other digital assets are subject to a variety of issues...
SPONSORED MESSAGE — SCROLL FOR MORE CONTENT

« Five Ways to Improve Retirement Security in the U.S.