Financial wellness programs are popular and sought after but are rarely offered as an employer-sponsored benefit, according to Corporate Insight’s 2018 Employee Financial Wellness Survey.

Of the 1,544 employees surveyed, a mere 221 (or 14%) indicated that their employer offers programs or resources to help improve financial well-being; 63% indicate that they use them when offered. More than half (53%) of respondents who indicated that they lack employer-sponsored financial wellness programming also said they feel their employer should offer such a program to employees.

When comparing respondents enrolled in an employer-sponsored financial wellness program with those who are not, the former group tends to report feeling “very confident” (49% to the latter group’s 23%) and more knowledgeable about retirement. The group also reports—at higher rates than those without access to an employer-sponsored financial wellness program—being enrolled in an employer’s defined contribution (DC) retirement plan, contributing more to retirement and having more saved up overall.

Forty-four percent of respondents indicated they are very concerned about budgeting, while around 40% expressed being very concerned about health insurance, health care costs, emergency savings and saving early enough. Around 38% said concerns about credit and debt management are top of mind.

When it comes to financial and retirement planning and savings topics, more than half of respondents reported being a novice or having a low understanding about asset allocation, market volatility, stock options and estate planning. Forty-seven percent said they had low knowledge of general investing strategies, while the same percentage reported low knowledge about pensions and the effects of working in retirement.

A notably small majority of respondents reported having an emergency fund. Often considered a first priority item, emergency funds should be enough to tide over an individual and their dependents for at least three months if income ceases. Only 55% of respondents indicated that they have a dedicated emergency savings fund; of that group, one-third have only enough for two or fewer months’ worth of expenses, and 5% do not know how long their savings could support them.

In spite of these rather low numbers, respondents remain confident—if not over confident: 80% of respondents who plan to retire claim to be “somewhat confident,” “confident” or “very confident” in their ability to afford the retirement lifestyle they desire. Strategic Insight says much of the disparity between confidence levels and actual savings habits and statuses can be tied back to a lack of education. Many respondents seem aware of general rules regarding a healthy retirement (though perhaps not full retirement age), including income replacement ratios; two-thirds say they will need more than 70% income replacement to sufficiently sustain their desired retirement lifestyles. However, few respondents appear to be on track to achieve such an income replacement ratio, and 45% either do not know or have never thought about how much in total they will need to have saved up for retirement.

More findings can be found by downloading the report preview at http://pages.corporateinsight.com/FinancialWellnessStudy. 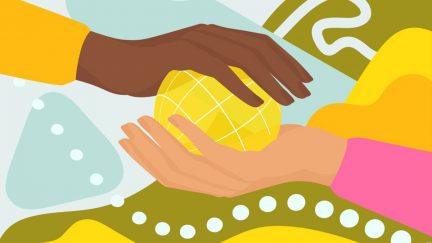 The amount of the increase in contributions depends on employees’ age and initial contribution level, research from the Employee Benefit...

« Plan Sponsors Could Consider a Different Solution to Provider Woes