“Scott demonstrates the values of integrity, collaboration and work ethic so crucial to GoldPoint and its investors,” says Tom Haubenstricker, chief executive officer of GoldPoint Partners. “We are thrilled to elevate him to Managing Principal and are confident he will be an integral part of our team helping to drive our success.”

In his new position, Iorio takes a leadership role on deal teams and will serve on the firm’s investment committee.

Prior to joining GoldPoint in 2006, he was an analyst in Citigroup’s Global Banking Division where he advised clients in the technology, media and communications industries. Iorio earned a bachelor’s degree in finance from Providence College.

Peter Latara has joined Jennison Associates as a managing director and relationship manager. The role will include a focus on both sales as well as client service. Latara will report to Lori McEvoy, Jennison’s global head of distribution.

“We are delighted to welcome Peter to Jennison,” says McEvoy. “His professional experience complements our strong existing team. We look forward to working with him to achieve our strategic objectives of deepening our relationships with clients and distribution partners, expanding our global reach into new markets and client segments, and enhancing our client service excellence.”

Latara, who has 22 years of investment industry experience, joins Jennison following a 15-year tenure with Fred Alger Management, where he led the firm’s institutional client relations efforts and was a member of the firm’s senior distribution team. Prior to Fred Alger, Latara spent eight years at Gabelli Asset Management, where he was responsible for institutional sales, client relations and consultant relations in the Midwest region. Peter holds a bachelor’s degree in economics and political science from Emory University, and an MBA from the University of Maryland.

The Insured Retirement Institute (IRI) announced promotions for Jason Berkowitz and Paul Richman in recognition of their leadership efforts and growing responsibilities.

“Paul and Jason are exceptional advocates on behalf of IRI and our members and have consistently delivered results to advance our industry’s agenda before federal and state policymakers,” says Wayne Chopus, IRI president and CEO.

Berkowitz joined IRI in 2012 and has most recently served as vice president and counsel, regulatory affairs. He has provided leadership and support for IRI member company priorities in the state and federal regulatory and legislative arenas and works with member company representatives to develop effective government affairs and compliance programs that meet their business needs. He also has assumed greater responsibility of the association’s legal oversight duties. Berkowitz previously worked for Hartford Financial Services Group and had stints at two law firms.

Richman joined IRI in 2015 and has served as vice president, government affairs, leading the association’s federal and state legislative advocacy initiatives and the organization’s political outreach efforts through its federal political action committee. He has 33 years of experience working in both government and the private sector including two other trade associations. He also served in senior policy making positions in the Clinton Administration at the White House in the Office of the Vice President and at the U.S. Department of Labor (DOL). Before that, Richman served as the special counsel for economic development to former New York Governor Mario Cuomo.

Drinker Biddle & Reath LLP has added a team of trial and class action lawyers led by veteran insurance and financial institutions lawyer James Jorden. The team will expand Drinker Biddle’s office count to 13 with the opening of a Hartford, Connecticut, location.

Jorden is one of 14 new litigation partners and three associates, all previously with Carlton Fields Jorden Burt P.A. Most members of the team are based in Drinker Biddle’s Washington, D.C., office, with several establishing the new Hartford office.

Jorden and the team have built a litigation and regulatory practice defending financial institutions, life insurers, mutual funds, investment firms and banks in high-stakes matters, including securities, ERISA, RICO and pension cases. The group is known for defending clients in large class actions, with its members having served as lead or co-lead counsel in more than 100 such matters. Jorden has been lead trial counsel in some 50 individual cases that went to trial in federal and state courts, and has argued before the U.S. Supreme Court and eight of the federal circuit courts.

In addition to their trial, class action and appellate work, Jorden and his team represent clients before the Securities and Exchange Commission (SEC), the Department of Justice, the Internal Revenue Service (IRS), the Department of Labor (DOL), and numerous state oversight and regulatory agencies. The group has long represented the American Council of Life Insurers, providing amicus briefs on important industry litigation. The lawyers also have experience overseeing complex multidistrict cases and government investigations and enforcement proceedings.

The firm plans to open a new office in Miami in the near future to accommodate several members of the Jorden group.

Hub International Limited (Hub) has acquired the assets of Peak Financial Group LLC in Houston, Texas. Terms of the transaction were not disclosed.

“Retirement preparedness is a growing issue, and it’s important for clients to address it now to help improve the financial futures of the next generation,” says David Reich, national president of retirement services, Hub International Investment Services. “Peak Financial Group is a great addition to Hub’s retirement planning practice as we continue to build our service to help clients.”

Hyne has over 30 years of experience in the investment consulting field, specializing in plan development, implementation and investment monitoring for defined benefit (DB) and defined contribution (DC) plans.

He began his career at the investment and retirement divisions at CIGNA, then went on to Advest, Inc. as the senior director of Investment Management Services (IMS). More recently, he served as the president of USI Investment Advisory Services and Senior VP of USI Consulting Group.

MetLife Inc. has added a series of changes to its senior leadership ranks in connection with its CEO transition, all effective on May 1.

Tadros joined MetLife in September 2017 from Oliver Wyman, where he was a partner, global head of insurance, and member of the firm’s operating committee.

“Ramy is a seasoned executive with more than 20 years of experience advising global life and property and casualty insurers on strategy, product, distribution and financial topics,” says Steven Kandarian, chairman, president and chief executive officer of MetLife. “As chief risk officer, his leadership has been essential to elevating our risk function in support of MetLife’s transformation into a company that appropriately balances growth and risk while generating stable free cash flow.”

Before joining MetLife in 2011, Debel was global head of liquidity risk management and rating agency relations at Bank of America. Prior to that, she was assistant treasurer of Merrill Lynch & Co. She spent 20 years in a number of leadership positions across global treasury at Merrill Lynch.

Graham Cox, executive vice president in Global Risk Management (GRM), will succeed Debel as head of RIS and report to Tadros. Cox has held several leadership roles since joining MetLife as an actuary in 1995. He has overseen MetLife’s group life product portfolio. He has also served as head of Western Europe.

Steinhilber, based on the east coast, came to SFGRPC from MassMutual where he was the national government market leader. Prior to MassMutual, Steinhilber held leadership roles at Voya. He earned his bachelor’s degree from the University of Connecticut and holds FINRA designations as well as a certified fund specialist certification. 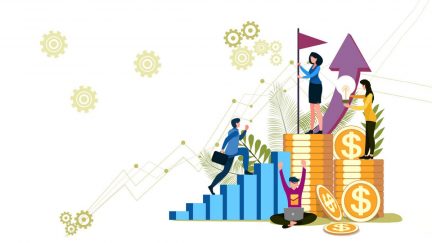 Research shows people of all ages are increasingly turning to financial planners and advisers for help with overall financial wellness...
SPONSORED MESSAGE — SCROLL FOR MORE CONTENT