The bill includes more than 50 provisions designed to improve the existing U.S. retirement system. According to the Senators, these include allowing people who have saved too little to set more aside for their retirement; helping small businesses offer 401(k)s and other retirement plans; expanding access to retirement savings plans for low-income Americans without coverage; and providing more certainty and flexibility during Americans’ retirement years.

Grassley and Wyden called the Finance Committee hearing to generate additional feedback from retirement industry experts about the need for the passage of RESA and other proposals. Senator Wyden also discussed the challenges faced by union-sponsored multiemployer pensions, and the challenges faced by the Pension Benefit Guaranty Corporation (PBGC) and Social Security. In addition, Senator Wyden said action is needed to allow employers to offer tax-advantaged retirement plan matching contributions against younger employees’ student debt payments. He also urged lawmakers to change rules applying to individual retirement accounts (IRAs), which prevent people from saving more in their IRA because they passed a certain age limit.

The first witness called by the committee was Joni Tibbetts, vice president of product management, retirement and income solutions, Principal Financial Group. Tibbetts testified to the effect that online and digital enrollment solutions created by the defined contribution (DC) retirement plan industry have driven improved outcomes for participants. In part due to automatic enrollment and in part due to better educational resources, newly eligible employees are deferring more than ever before, Tibbetts said.

“The average contribution of those using our website is 50% higher than those who do not engage with us digitally,” Tibbetts noted. “Digital and automatic solutions work, but we also know that it has been 15 years since the Pension Protection Act was passed. We need a system that keeps up with the changes in consumer needs and in the broader workforce, and RESA would help create that system.”

Beyond RESA, Tibbetts said Principal supports the broader removal of barriers to the greater use of automatic plan design and administrative features. The company also supports the expanding of the open multiple employer plan (MEP) opportunity to the 403(b) plan marketplace.

“Principal has lot of experience in the small and mid-sized plan space,” Tibbetts said. “What these clients talk about most is the burden of setting up multiple employer plans today, and the fact that many small employers wear multiple hats. For open MEPs to be successful, the administrative burden must be low for employers and employees. It should be easy to join a plan and to maintain compliance.”

Testimony next came from Tobias Read, Treasurer of the State of Oregon and a former member of the Oregon state legislature. Notably, Read was among the sponsors of the legislation that created the OregonSaves auto-IRA program, and in his role as Treasurer, he is now helping to operate the growing program. He noted that more than $2 million is being invested in OregonSaves each month, and much of this money is coming from new savers. Given the rapid growth and the fact that 82% of voters in the state support OregonSaves, Read said, other states should seriously consider creating their own automatic savings programs for workers whose employers do not offer tax-advantaged savings opportunities. He said the creation of more state-based systems would be a great complement to the progress that RESA would bring about, helping to alleviate Americans’ reliance on Social Security.

In testimony from Joan Ruff, board chair of the AARP, particular attention was given to the declining role of private pensions, and how this fact makes passage of RESA and other pro-DC plan legislation that much more pressing. Ruff said a clear priority for lawmakers in the Senate should be providing coverage for the tens of millions of Americans who totally lack coverage today. She provided stats suggesting workers are 15-times more likely to save for retirement when a savings program is offered by their employer.

“Payroll deduction is a very powerful tool, and we believe that state and federal programs working together will most effectively solve our challenges,” Ruff said. “States should be allowed to continue to enact and expand savings opportunities for private-sector workers. We also want to emphasize that federal policy should also address part-time workers who lack coverage, two-thirds of whom are women.”

Other topics addressed by Ruff include improving the savers tax credit and pushing the Department of Labor (DOL) and the Securities and Exchange Commission (SEC) to make progress on conflict of interest reforms in the advisory and brokerage industries.

“When it comes to the union multiemployer pension crisis, there is so much concern from our members voiced over the funding situation,” Ruff added. “We beg Congress to come up with a working solution, and soon. Benefit cuts have already happened and those who are already retired do not have any easy way to make up for a loss in anticipated income.”

During her questioning of the experts, Michigan’s Democratic Senator Debbie Stabenow echoed these points and urged the committee to find some real urgency on the multiemployer union pension crisis. Senator Mike Enzi, R-Wyoming, agreed, noting that 150 such plans could become insolvent within a matter of years.

“We need a hair on fire moment about the union pension issue,” Stabenow said. Anyone who has listened in on the various public meetings held on this topic throughout 2018 will have noticed the dire testimony given time and again by various stakeholders in the multiemployer pension space. In previous testimony on this matter, witnesses have suggested that fewer than 1% of multiemployer plans are 100% funded when using reasonable actuarial assumptions.

“The passage of RESA would send a very positive message about the employer-sponsored retirement system,” Dudley said. In her assessment of RESA, two provisions stand out. First is the proposal to provide nondiscrimination testing reform to help older, longer-service participants in pension plans, when the plan has been modified for future participants.

“This is a big issue,” Dudley said. “The second top priority is to expand open MEPs, which RESA does by eliminating the nexus rule and the one-bad-apple rule. This is a tremendous change to improve access for many, including gig workers. Also, we need to address student debt and how this can be linked to retirement matching dollars against student loan payments.”

By way of context for the hearing, the Senate Finance Committee, among other committees, has been pretty active so far in 2019 with respect to the national retirement system. However, the wealth of hearings and proposals has not yet delivered significant legislation, and conventional political wisdom says passing such sweeping legislation as RESA or the SECURE Act gets harder as a Presidential election approaches.

In February, the Senate Special Committee on Aging held a hearing about “Financial Security in Retirement: Innovations and Best Practices to Promote Savings.” Hearing witnesses discussed conducting a comprehensive review of the American retirement system, allowing for open MEPs, and changing certain defined contribution plan rules to facilitate greater savings, among other things.

In early April, the bipartisan leadership of the Senate Finance Committee introduced a 2019 version of the Retirement Enhancement and Savings Act, known as “RESA.” As seen during the hearing, retirement reform advocates have called the legislation the most comprehensive retirement security measure proposed at the federal level since the Pension Protection Act of 2006.

Finally, just this month, the full Senate confirmed Gordon Hartogensis as the 16th director of the Pension Benefit Guaranty Corporation (PBGC) by a vote of 72 to 27, with one abstention. He replaced Thomas Reeder, who was director from 2015 to 2018. 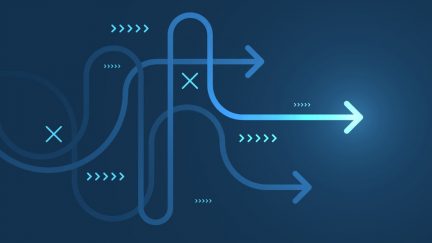 The SAVE Act would allow 403(b) plan sponsors to join open MEPs and incentivize the creation of ESOPs, among other...

What to Know About Potential Open MEP Conflicts

Attorneys say employers considering whether, and what type, of multiple employer plan (MEP) to join will want to closely monitor...
SPONSORED MESSAGE — SCROLL FOR MORE CONTENT