The funded status of the model pension plan examined by Sibson Consulting and Segal Marco Advisors went up by 1 percentage point to 83% in the third quarter of 2017.

The firms say the funding increase was due to a 4% rise in asset value that offset a 2% liability increase.

“Domestic stocks were positive for an eighth consecutive quarter, but were outperformed by both developed international and emerging market stocks, aided somewhat by a weakening dollar,” says David Palmerino, vice president with Segal Marco Advisors.

National Retirement Practice Leader Stewart Lawrence notes the importance for plan sponsors to set a course of action as their funded status changes over time. “Particularly for closed or frozen plans, setting a thoughtful course of action, or ‘journey,’ can be a prudent way to avoid merely reacting to new data as it emerges,” he says. “As plan sponsors start to crystallize strategies and tactics for 2018, this might be an appropriate time to raise the issue of examining the plan’s risk-mitigation strategy.”

Meanwhile, Conning’s Pension Funded Status Tracker found its model plan’s funded status improved by 2% from 81% as of June 30 to 83% as of September 30.

The firm explains that over Q3 2017, favorable asset portfolio performance was partially offset by an increase in liabilities. The growth portfolio saw a strong quarter as risk assets continued to rally. The hedging portfolio also increased in value as yields fell over July and August but most of the gains were erased in September as yields rose.

Liability factors had an overall negative impact in Q3 2017 due to a decrease of approximately 5 basis points in the effective discount rate. Ten-year Treasury yield marginally rose over the period, marking a 3 basis point increase. A decrease in high quality spreads by roughly 7 basis points was the key driver in the decline in the discount curve.

Conning tracks the performance of the average defined benefit pension plan (the plan) of corporate sponsors comprising the Russell 3000 Index. The average plan size is approximately $3.8 billion in assets and $4.6 billion in liabilities. The plan’s liability is a hypothetical cash flow generated from its proprietary model to reflect a 13-year duration and valuation equivalent to the plan’s pension benefit obligation (PBO) on a U.S. generally accepted accounting principles (GAAP) valuation basis. 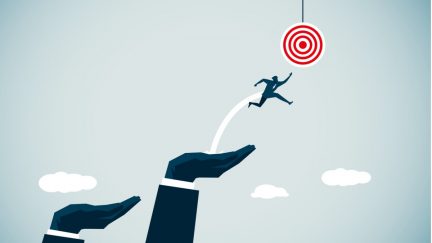 « Should Foreign Nationals Participate in Your Company’s U.S.-Based 401(k)?