The Securities and Exchange Commission (SEC) charged Bank of America with violating Sections 5(b)(1), 17(a)(2) and 17(a)(3) of the Securities Act of 1933. The SEC claims Bank of America defrauded investors by neglecting to disclose that more than 70% of the mortgages that backed RMBS offering BOAMS 2008-A originated through the bank’s “wholesale” channel of mortgage brokers, unaffiliated with Bank of America entities. Such wholesale channel loans presented greater risks of severe delinquencies, early defaults, underwriting defects and prepayment. Bank of America never disclosed this material information to all investors and never filed it publicly as required under the federal securities laws.

According to the SEC’s complaint, BOAMS 2008-A suffered an 8.05% cumulative net loss rate through June 2013. This resulted in losses of nearly $70 million with anticipated future losses of approximately $50 million.

“This is one in a long line of RMBS-related enforcement actions brought by the SEC to hold entities accountable for wrongdoing connected to the financial crisis,” said George S. Canellos, co-director of the SEC’s Division of Enforcement.

The SEC’s complaint was filed in U.S. District Court for the Western District of North Carolina.

The Department of Justice has also announced a parallel civil action against Bank of America for violations of the Financial Institutions Reform, Recovery and Enforcement Act of 1989 (FIRREA).

One of the obvious and lasting appeals of multi-asset-class portfolios such as TDFs is their potential to provide retirement plan... 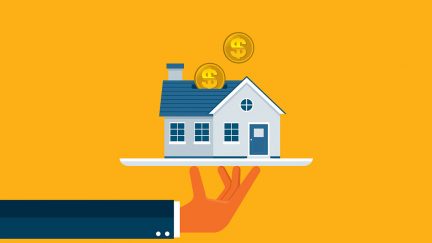