The SEC says that between September 2015 and October 2018, GWFS was aware of increasing attempts by external bad actors to gain access to the retirement accounts of individual plan participants. The agency further says GWFS was aware that the bad actors attempted or gained access by, among other things, using improperly obtained personal identifying information of the plan participants, and that the bad actors frequently were in possession of electronic login information such as usernames, email addresses and passwords.

B/Ds are required to file SARs for certain transactions suspected to involve fraudulent activity or a lack of an apparent business purpose. The guidance for preparing SARs from the U.S. Treasury Department’s Financial Crimes Enforcement Network (FinCEN) states that in order to be effective tools for law enforcement and fulfill their intended purpose, SAR narratives should include “the five essential elements of information—who? what? when? where? and why?—of the suspicious activity being reported.”

The order finds that GWFS failed to file approximately 130 SARs, including in cases in which it had detected bad actors gaining, or attempting to gain, access to the retirement accounts of participants in the employer-sponsored retirement plans it serviced.

Further, for nearly 300 SARs that GWFS did file, the order finds GWFS did not include the “five essential elements” of information it knew and was required to report about the suspicious activity and suspicious actors, including cyber-related data such as URL addresses and internet provider (IP) addresses.

“Across the financial services industry, we have seen a large increase in attempts by outside bad actors to gain unauthorized access to client accounts,” says Kurt Gottschall, director of the SEC’s Denver regional office. “By failing to file SARs and by omitting information it knew about the suspicious activity it did report, GWFS deprived law enforcement of critical information relating to the threat that outside bad actors pose to retirees’ accounts—particularly when the unauthorized account access has been cyber-enabled.”

The SEC’s order notes that GWFS’ significant cooperation with its investigation and subsequent remedial efforts were taken into account in the determination to accept the company’s settlement offer.

The SEC’s order finds that GWFS violated Section 17(a) of the Securities Exchange Act and Rule 17a-8 thereunder.

Without admitting or denying the SEC’s findings, GWFS agreed to a settlement that imposes a $1.5 million penalty, a censure, and an order to cease and desist from future violations.

In mid-April, the U.S. Department of Labor (DOL) released new guidance for plan sponsors, plan fiduciaries, recordkeepers and plan participants on best practices for maintaining cybersecurity, including tips on how to protect the retirement benefits of America’s workers. It was the first time the DOL’s Employee Benefits Security Administration (EBSA) issued cybersecurity guidance.

The DOL’s Cybersecurity Guidance in Practice

Experts share insights about implementing the guidance and warn that plan sponsors can expect investigations from the agency now that... 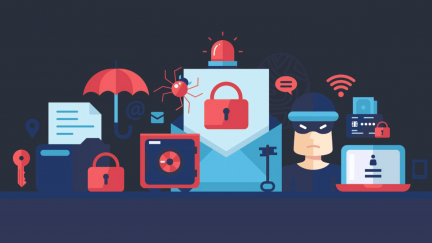 Sponsors Should Have a Plan in the Event of a Cyberattack

It could be helpful to hire a third-party specialist to do a risk assessment of the handling of participant data.

The court rejected claims in the amended complaint that Abbott’s decision to hire Alight Solutions, another defendant in the case,...
SPONSORED MESSAGE — SCROLL FOR MORE CONTENT