While 97% of single women believe it is important to be engaged in managing their money, three factors are setting them back, Fidelity Investments found in a survey. These are: underestimating their knowledge and experience, not planning for their financial future and saving too much in cash.

Fidelity counts as single women those who have never been married, those who are divorced and those who have outlived a spouse, in its report, “Single Women & Money Study.”

Fidelity says that single women’s underestimation of their financial knowledge is keeping many from planning for their financial future. Many stress out over their finances, much more so than their male counterparts, Fidelity says. Asked what their top financial worries are, 33% say being able to live comfortably in retirement, followed by 31% saying paying down debt and still being able to save for the future, and another 31% citing being able to pay bills should they lose their job. By comparison, men’s rate of responses on these items are 25%, 24% and 24%, respectively.

Only 28% of single women have a comprehensive financial plan, only 53% have a three- to six-month emergency fund, 38% a will, 35% a health care proxy and 24% an estate plan. Fifty-one percent say they either need to spend more time on their finances or admit they don’t spend any time at all on their finances.

Eighty-four percent of divorcees say they have more financial freedom than when they were married. Sixty-six percent say they are in better financial shape, although 45% say that after having gotten divorced, they have had to cut back on their spending to save. Twenty-five percent have either applied for or started a new job, and 18% are working on a new educational degree.

Fidelity says it is surprising that a scant 5% of women reached out to a financial adviser while they were going through their divorce.

When asked what financial choices they would have made differently in their marriage, divorcees say they wish they had saved more and educated themselves about investing for the long term.

Widows are more likely than other single women to say they feel confident about their finances. Fifty percent say their spending and savings habits are excellent and they have a budget to keep on track. Nearly 40% feel more in control of their finances than while they were married.

Nearly two-thirds of widows say they had a financial plan prior to losing their spouse, and 80% of this group worked with their spouse on that plan.

Fidelity’s study is based on a survey of 2,260 adults. Of this group, 1,503 were single women. MarketVision conducted the survey in May for Fidelity. The report can be downloaded here. 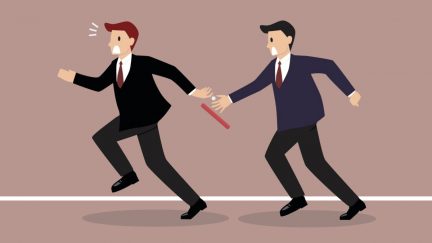 The new website will include financial wellness and behavioral finance sections, and a brand new education center.
SPONSORED MESSAGE — SCROLL FOR MORE CONTENT

« Retirees Found Some Expenses in Retirement Higher Than Expected