While many studies report about the burden of student loan debt on Millennials and how this may affect their retirement savings, an Aon Hewitt study found student loan debt and the associated consequences are issues that span generations, with 44% of Millennials reporting having student loans along with 26% of Generation Xers and 13% of Baby Boomers.

Now, a report from the Government Accountability Office confirms that student loan debt can follow Americans into retirement and affect their retirement income.

GAO says older Americans—those in or approaching retirement—and other borrowers who default on their federal student loans are subject to a number of actions to recover outstanding debt, including Social Security offsets. In fiscal year 2015, 49.7% of collections of defaulted student loan debt was generated from offsets of federal payments through the Treasury Offset Program, including but not limited to Social Security offsets.

The GAO noted that nearly one-third of older borrowers were able to pay off their loans or cancel their debt by obtaining relief through a process known as a total and permanent disability (TPD) discharge, which is available to borrowers with a disability that is not expected to improve.

The GAO suggests that Congress consider adjusting Social Security offset provisions to reflect the increased cost of living. It is also making five recommendations to Education, including that it clarify documentation requirements for permitted relief resulting from disability. Education generally agreed with GAO's recommendations.

The GAO report may be downloaded from here. 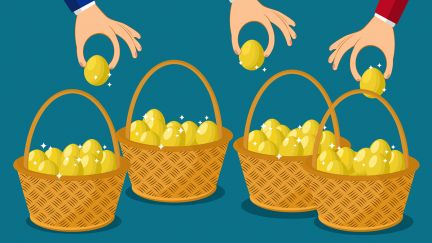 Sponsors also say the fiduciary oversight and lower fees that come with staying in the plan help participants.

Respondents to a survey by MassMutual revealed certain topics they have questions about.

An economic report discusses Baby Boomers’ lack of retirement readiness and how a new framework for income security is needed...
SPONSORED MESSAGE — SCROLL FOR MORE CONTENT