Ludovic Phalippou, professor of finance at the University of Oxford, Saïd Business School, says in the report of his analysis that large pension funds have earned about $1.5 (net of fees) per $1 invested in private equity funds since 2006, and he notes that this return is about the same as what public equity has returned.

Phalippou contends that “it is easy to pick a public equity benchmark with low returns.” He says the standard choice of benchmark used to be the S&P 500 Index, and now it is the MSCI World Index—or MSCI All Country World Index, which includes emerging markets. Another common benchmark is the Russell 2000 Index. His analysis suggests the latter two indices have much lower returns than others. It also shows that average private equity fund returns net of fees, both pre-2006 vintages and post-2006 vintages, are within 1% per annum of the net returns of both the oldest passive mutual fund investing in small stocks and the oldest active mutual fund investing in small stocks. “Hence, both before and after 2006, PE [private equity] funds have performed in line with comparable publicly traded stocks,” the study report states.

“Despite this lack of clear outperformance, the fee structures are such that a few individuals shared a large performance-related bonus payment, known as Carry, which added up to $230 billion for funds raised over the decade 2006-2015,” he adds.

The release of the study is timely, as the U.S. Department of Labor (DOL) issued an Information Letter under the Employee Retirement Income Security Act (ERISA) on June 3 sanctioning the use of private equity investments as a component of a professionally managed asset allocation fund offered as an investment option for participants in defined contribution (DC) plans.

Defined benefit (DB) plans’ inclusion of private equity in their portfolios as a source of additional diversification and returns has led some in the DC plan market to look into including private equity in DC plan investment options. “DB plans are touted as more successful in risk and reward because of their ability to diversify into private markets,” notes Scott Brooks, head of distribution and chief operating officer (COO) of RealBlocks in New York City.

DC plan professionals cite valuation and liquidity issues, as well as data not being readily available and fee structures that can be high, as concerns about the use of private equity in DC plans. The DOL Information Letter detailed considerations for plan sponsors in the selection and monitoring of private equity investments as part of an asset allocation vehicle. 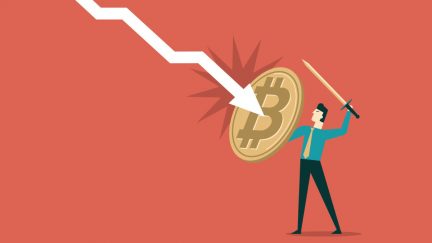 The Retirement Savings Modernization Act would explicitly state that 401(k) plans can include investments in all asset classes, though this...