Workers’ retirement confidence has dropped since the start of the year alongside their feelings of financial wellness, which have hit a five-year low, according to Bank of America.

Bank of America’s latest report reveals that 80% of workers surveyed are concerned about inflation—across age, gender, race and income. The report also shows that 71% of employees are grappling with a cost of living that is outpacing salary and wage growth, compared with 58% of respondents in February.

Accordingly, one-half of workers have acted because of financial strain in the last six months. The report found that 21% tapped emergency savings, 21% worked additional hours, 20% searched for higher-paying jobs and 6% took a 401(k) hardship loan or withdrawal.

Lorna Sabbia, head of retirement and personal wealth solutions at Bank of America, said in a release that these figures reflect changing workforce dynamics. Employers can mitigate financial challenges by offering employees products and services to mitigate financial stress, she said.

Employers are feeling the strain as well, the report shows, as workplaces are seeing challenges in recruiting and retaining talent. The report found that 46% of employers have experienced an uptick in employee resignations in the last year, while 21% of employees have thought about switching jobs in the period and 9% of employees did change jobs.

“Offering comprehensive benefits and wellness programs can be critical for employers looking to reduce attrition, can empower employees to take control of their personal finances, and improve employee satisfaction,” she said.

For the second survey, Escalent surveyed a national sample of 478 employees who were working full-time and participating in 401(k) plans. The survey was conducted between July 5 and July 19. To qualify for the survey, employees had to be current participants of a 401(k) plan.

For the February report, Escalent surveyed a national sample of 834 employees who were working full-time and participating in 401(k) plans, and 846 employers who offered both a 401(k) plan and had sole or shared responsibility for decisions made in the plan. The survey was conducted between February 3 and February 28. 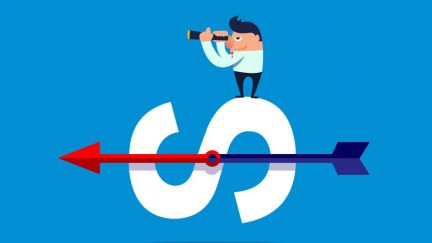 « Judge Dismisses ERISA Suit for Not Stating a Claim