What does it mean to be retirement ready? In general, retirement readiness is the ability to live comfortably for the now-prolonged retirement period. Unfortunately, most Americans are not at the point where they can replace the recommended 80% of their income. Stig Nybo, president of Pension Sales and Distribution, and Patricia Advaney, chief marketing officer, both of Transamerica Retirement Solutions, spoke with Alison Cooke Mintzer, editor-in-chief of PLANSPONSOR about how to address that problem and get more Americans on track with retirement savings.

PS: What is the current state of retirement readiness in America?

Nybo: In a word, we’re unprepared. We haven’t prioritized saving in the way that we need to in order to be secure. If you looked at the root of that, we’ve got low financial literacy, and consumerism is at a high. Even with the credit crunch, you have the ability to borrow, and people live on leverage. Couple all of that with the fact that people are living longer, and that ends up being a recipe for a bad outcome. We’re just not saving enough for retirement, and we simply have to change that.

PS: Why are some people so much better at preparing for retirement?

Nybo: I think it comes down to having formed the right habits around saving that has helped people get to that point.

In its 12th annual survey, The Transamerica Center for Retirement Studies identified “future early retirees.” They represent about 20% of our population and have developed habits that prioritize saving. They save more than they need to save in order to retire on time. They understand how to curtail their inclination to consume. They just spend less than they earn and save the remainder.

We’ve termed these people “Super Savers.” What we need to think about is how we can get more people to adopt these habits, to have that awareness around spending versus saving, and to create a lot more “Super Savers” out there.

PS: What are the greatest drivers of retirement readiness success?

Nybo: The drivers fall into two basic categories. One is context, the context that we set for people and that they set for themselves around savings. The other is the power of our beliefs at a societal as well as an individual level. Context includes things like automatic enrollment or how “pro-savings” your workplace is. Maybe you have a plan captain that has been tasked with really helping people understand that plan. That’s a form of context.

Defaulting into an age-appropriate investment through auto-enrollment and auto-escalation is also a very simple form of context. But context can really expand to what kind of environment the plan sponsor, the advisor, the third-party administrator (TPA) and the plan provider have set for that participant. That is really going to be the biggest driver of behavior during an individual’s employment.

We have to set that pro-savings context within the workplace, which is where people actually do save.

The other thing that we have to do is think about how we can change people’s beliefs around savings. If you look at how long the average person stays with one employer, the median tenure is about five and a half years. That means that people’s context will change every five and a half years. At that point, we rely heavily on what they believe in order for them to continue their savings habits.

In other words, do they roll the money that they’ve saved over to another employer-sponsored plan or to an individual retirement account (IRA), or do they simply go out and spend it because they feel that they had a windfall?

If we set the right context for employees as they save for retirement, and if we go about changing their beliefs, we end up having a very holistic approach to changing people’s behavior, which is ultimately what we’re looking to do.

PS: What is the role of the plan sponsor in helping participants improve retirement readiness?

Advaney: Plan sponsors can make the biggest difference by designing their plan with retirement readiness in mind. Too often plan structure or plan provisions are considered a given, and we haven’t really gone back to understand how they might affect participant behavior.

PS: What’s the role of recordkeepers in aiding plan sponsors with these ­efforts?

Advaney: First, it is providing consultative services to get plan design to the best place it can be, keeping in mind the objectives of the individual employer.

Second, it is helping participants get to the point where they’re taking action. It’s critical that we make taking appropriate action as simple and convenient as possible, rather than making it feel overwhelming. I also think we need to take advantage of things like crowd sourcing and making saving the popular thing to do. For example, people feel proud to donate blood or vote, and they get those little stickers as a symbol of that action. That’s a one-time event, but we need to find ways to create that same energy and that feeling of doing the right thing, of taking care of yourself fiscally.

Finally, I think providers need to do more to provide ongoing monitoring tools. At the participant level, this means helping individuals know whether or not they’re on track toward a funded retirement and, if not, what changes they may need to make. At the plan sponsor level, this means helping them understand what’s going on with their participant population, how many of them are on track or not, then drilling down into that data to try to uncover factors that may not be initially apparent.

For example, we worked with a hospital organization and initially were focused on aggregate metrics—participation, average contribution rate and so forth—for the whole plan. When we broke it out by location we saw big disparities even though on the surface those populations seemed quite similar.

When we realized how different the numbers were, we were able to take the conversation with the client to a whole new level. We refocused our efforts on the location that needed the most help to try to get it up to where the rest of the organization was. Plan sponsors need tools like these to help allocate resources that translate into better outcomes across the board.

PS: What kinds of tools can plan sponsors and participants use to achieve better outcomes?

Advaney: Participants can get help from tools such as our OnTrack® tool, which tells you how much you should be saving today and what that translates into in terms of retirement income. It’s a very comprehensive and personalized measure, includes a Social Security estimate and allows you to put information in about yourself, your spouse and other accounts.

It also shows you how higher contribution rates can translate into higher retirement incomes. We use weather icons—rainy, cloudy, partly sunny and sunny—that give people a very simple and intuitive way to understand how well they’re doing with respect to reaching their retirement income goal. We refer to partly sunny or sunny outlooks as “positive” outlooks. We’ve been able to move the needle in the past two years on that positive retirement outlook score to 53% from about 35%.

imple online calculators don’t always do the trick, because people have to be motivated to find and use the tool. It’s really important that the “on track” message is front and center for participants so that they notice and use the tool. In fact, in the past two years we’ve seen a 300% increase in the number of participants who have retirement outlooks. I can’t tell you how many people have called our contact center or talked to one of our retirement counselors and said, “What do I need to do?” I think that says it all, because they do take stock and take some time to figure out what they can do differently to achieve a better retirement outcome. 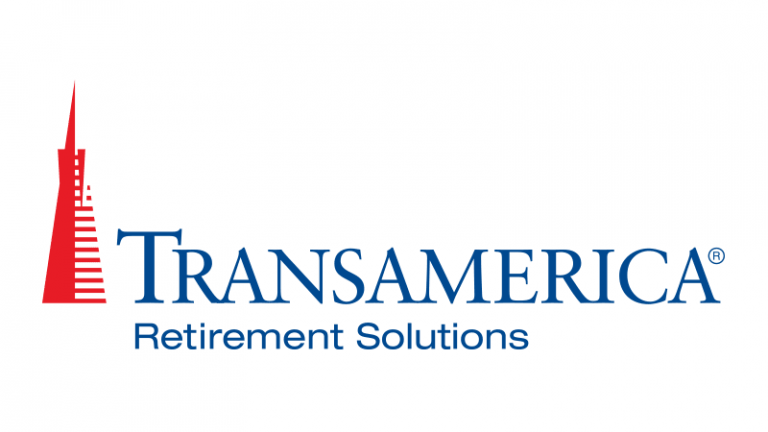