An interesting article on Slate discusses the history of high-heeled shoes.

High-heeled shoes were originally worn by men. According to the article, as early as the 10th century, many horseback-riding cultures wore heels on their boots and on their shoes to help them stay in the stirrups.

“The Persian cavalry wore inch-high heels, and the trend spread to Europe. Since they showed that the wearer owned and maintained horses, high heels became associated with the upper class.

“Eventually, upper-class women began wearing heels, and then heels become a form of upper- and middle-class dress throughout the 17th century.

“Then heels started to get gendered in their designs. Men’s heels grew broad and sturdy, and women’s became tapered and decorative. Finally, in the 18th century, men deemed them impractical, and the high heel became firmly established as a lady’s shoe.”

And the story continues…

Here is a picture of a Persian riding shoe, worn by men: 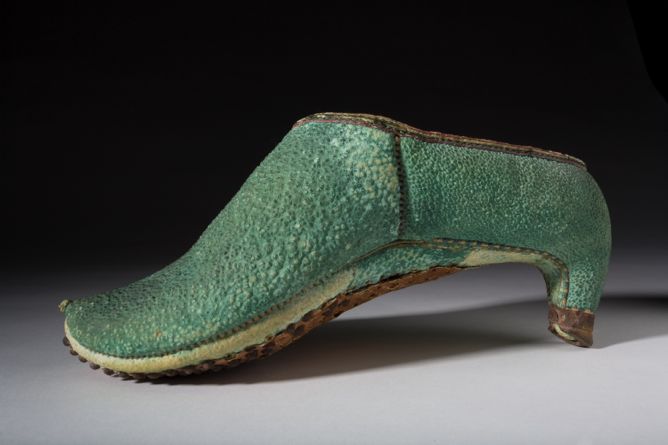