Variable benefit and/or variable contribution arrangements can add flexibility, risk and gain sharing, and potential benefits to public defined benefit (DB) plans and their beneficiaries alike, according to the Center for State and Local Government Excellence. Under such arrangements, a pre-set formula drives occasional adjustments in the plan to maintain long-term stability.

A report from the Center for State and Local Government Excellence (SLGE) and AARP says since the 2008 recession, many retirement system administrators and legislatures have been grappling with lower pension plan funded ratios, investment returns that are volatile and projected to be lower than they have been in the past, and related increases or decreases in employer and employee benefit contributions. In varying either the benefit or contribution schedule, the goal is typically to impact various key pension fund metrics, such as the funded ratio, amortization period, or plan cost.

The report explains that unlike benefit structures that provide a calculated, set base benefit with fixed adjustments to reflect cost-of-living increases, many plans across the country—both defined benefit and hybrid plans—have features in place that adjust some combination of the following components for participants, depending on plan funded status or investment returns: base benefit, cost-of-living adjustment (COLA), or employee contribution levels (which may be capped). These changes may be applied automatically once certain thresholds are crossed, or through retirement board action, or both.

The report outlines a set of case studies showing there is no one correct or standard approach to implementing these variable arrangements, which can be applied to a wide range of retirement plan designs across the Unites States. SLGE says any current and future implementation of these approaches should reflect the risk preferences of plan sponsors and employees alike, and the important workforce management roles of retirement plans should remain foremost in pension policy conversations.

For example, one case study notes that since the 1980s, the vast majority of public employees in the State of Wisconsin have received a base or “floor” annuity with a variable component that allows for additions and, if needed, subtractions, but never below the base annuity benefit. This variable portion to the retirement benefit is used in lieu of traditional guaranteed cost-of-living increases, which are not specifically authorized. “The retirement plan’s design stability and consistent status as being fully funded (or nearly so) even following the 2008 recession is a testament to its success. That success can be attributed to three main components: flexibility with contributions, post-retirement adjustments, and funding discipline by paying actuarially determined contributions in full,” the report says.

Retirees also share investment risk through the variable component of their annuities. At retirement, employees receive their floor annuity, which is determined using a defined benefit formula or an annuity calculated from the balance of their accounts. Beyond this base benefit, retirees can receive variable benefits depending on the retirement fund’s investment performance and other considerations, like changes in mortality. If investments perform above the assumed discount rate, then retirees can receive additional money as part of their annuity. If investments perform poorly, retirees could have those additional funds taken away; however, their benefit can never go below their initial, base annuity. Again, to limit wide variations in the variable annuity, asset smoothing is applied.

According to the report, from 1982 to 2008, Wisconsin Retirement System (WRS) retirees received 26 annual increases to their variable annuities (in 2002 there was no change), but in 2009 that annuity was decreased for the first time. Even though the Department of Employee Trust Funds (ETF), which manages the WRS, had always and regularly explained that the variable annuity could decrease, the reduction in 2009 surprised many retirees. In response, ETF revamped its messages and information tools about the variable annuity to stress that it could go down. ETF also communicates to employees that because of the variable annuity, they should build out personal savings as well.

“Overall, though, there are far more upsides to the plan and the system has performed well over time,” said ETF Secretary Bob Conlin, according to the report.

In another case study, the Utah legislature was seriously concerned about the negative impact of the 2008 recession. Prior to that time, the Noncontributory Retirement Plan was funded at 104% but, in the years following 2008, it was headed toward a funding level of just 70%. The legislature turned to a new hybrid plan with DB and defined contribution (DC) components.

The new plan design included additional changes to reduce overall costs, including increasing the years of service required for full retirement from 30 to 35 and raising the number of years used to calculate final average salary from three to five. A COLA was kept but reduced somewhat, going from a maximum increase of 4% or the Consumer Price Index (CPI), whichever was lower, to a maximum of 2.5%. While many COLA formulas are compounded—meaning they are calculated based on the value of the retirement benefit times any previous COLAs—the Utah Retirement System COLA is only applied to the base retirement benefit.

Several years after implementation, the new plan continues to work well, according to the SLGE. To date, the normal cost has never exceeded the 10% employer contribution, but URS continues to stress to employees that they may have to contribute in the future. To reduce potential fluctuations in contributions for employees, URS utilizes asset smoothing in determining the plan’s funded status and subsequent contribution rate.

According to the report, looking at the national average among state and local pension funds, the funded status decreased from 102% in FY 2001 to 72% in FY 2018. This changed significantly in FY 2009, but has remained fairly stable since then. For four of the case studies, the funded status has improved since 2012, and they exceed the national average by 5% (Virginia), 9% (Iowa), and 28% (South Dakota and Wisconsin). The Utah plan remains 94% funded.

“Regardless of whether changes in the funded status can be fully attributed to the variable arrangements, they have served as one factor in fostering a long-term focus on proactive fund management,” the report says. “The variable provisions enable all stakeholders to understand how, when, and to what extent contributions or benefits might be subject to formula-based changes, and as a result, enable them to plan for the long-term.”

The Center for State and Local Government Excellence does not recommend particular pension funding structures, but rather provides the case studies as a resource to those who may be considering the opportunities presented by adding variable components to their benefit or contribution management.

A study found pension debt is sustainable in all but five states, and NCPERS says sustainability valuation can be used... 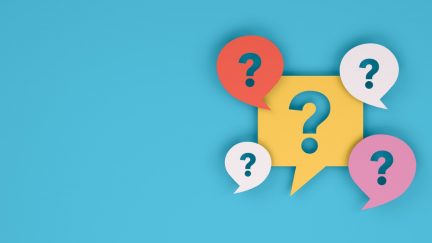 « SURVEY SAYS: Expectations for a Recession