The average large 403(b) plan subject to the Employee Retirement Income Security Act (ERISA) offered 27 core investment options in 2015, according to a new report from the Investment Company Institute (ICI) and BrightScope.

“The “Brightscope/ICI Defined Contribution Plan Profile: A Close Look at ERISA 403(b) Plans, 2015” suggests that nonprofit employers sponsoring 403(b) plans recognize the importance of plan design and include features that will help attract and retain qualified workers,” says Sarah Holden, senior director of retirement and investor research at ICI. “Plan design features, which drive engagement with retirement savings, include automatic enrollment, employer contributions, active and indexed investment options, and the flexibility of a loan feature. With these multiple features, employers are able to customize the design of their 403(b) plans to suit their workforces.”

Fifty-four percent of plan assets were invested in mutual funds, 34% in variable annuities and 22% in fixed annuities.

Deciding Whether an Annuity Is Right for Your Plan Participants

The firm says the aim with each is to help participants reach their financial goals.

Employers can match up to 100% of employees’ contributions. 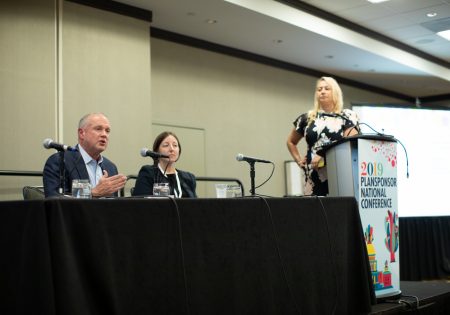 « Wellness Programs That Combine Health and Finance Seen as Essential