In Barberton, Ohio, an assisted living facility has created a charity calendar with participation from residents. According to the Associated Press, the models for the calendar are in their 80s and 90s, but that didn’t stop them from showing a little skin. Miss March, who’s 88, wears a green top hat and not much else in the calendar from Pleasant Pointe Assisted Living, and the centerfolds are two women in their 90s who seem to be playing poker with strategically placed oversize cards. For February, there’s a smiling, white-haired lady soaking in a bubble bath and flower petals, with chocolates and lingerie nearby. At 87, she’s the same age as the youngest of three models standing in the cover photo, where their bare feet and shoulders peek out from behind a banner they hold advertising the Barberton facility and the affiliated Pleasant View Health Care Center. Money from the $12 calendars goes toward a fund providing shoes for children in the local schools in the city of Barberton.

In Mankato, Minnesota, a 911 dispatcher took a call at 3:42 a.m. one morning and heard two voices on the line. What they were saying led her to believe they were involved in a theft or burglary. During the 34-minute call police were able to locate the callers—three people—who were hiding out at a police gun range. According to KTOE Radio, items in their possession clued police in on a burglary at a nearby business. The three have been arrested, pending charges.

In West Jakarta, Indonesia, police getting rid of evidence inadvertently into.xicated some residents. According to UPI, police set fire to 3.6 tons of mari.juana in a field outside their West Jakarta office, and several reporters and other witnesses reported dizziness and other effects associated with mari.juana consumption. Some residents living nearby the station reported the smoke wafted into their windows and caused into.xicating effects. However, the police officers tending the fire wore protective masks.

In Easton, Pennsylvania, the father of a man recovering from surgery sent his son a get-well card with a scratch off lottery ticket inside. The son was feeling very well after he scratched it off and saw he won $7 million. He sent a photo of the ticket to his father, who agreed it was a winner.

In Brittany, France, a man called emergency services and asked for an ambulance, telling dispatchers he had been performing CPR on a man who was not responding. When police arrived at the scene, they found the man giving a rubber dinghy “mouth-to-mouth” and “heart” massage. The would-be hero was taken into custody, examined by a doctor, then put in a cell to sober up overnight.

If you can't view the below video, try https://youtu.be/P2SsIYEbCio

If you can't view the below video, try https://youtu.be/WTGfXhSwvMk

In Peterborough, Cambridgeshire, England, a shopper believes she found an Easter miracle when she spotted Jesus' face on the top of a hot cross bun. 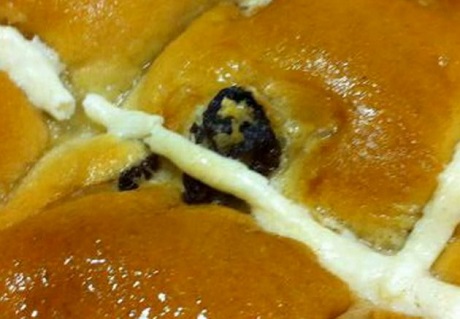 What Employers Need to Know About HSAs