In Amherst, Massachusetts, a college student attempted to enter a bar and was asked for proof of age first. The Associated Press reports she attempted to hand the bouncer a slice of pizza as proof of age and slapped him when he refused her entry.

In Los Angeles, California, two women started a brawl over a parking space in a parking lot. The local ABC station reports that fists were flying, then one woman got into a white SUV and smashed into a silver SUV. The vehicles collided several more times as they maneuvered back and forth in the small parking lot. The SUVs headed into the street where the white SUV was spotted delivering one more hit to the silver SUV. The white SUV then mowed down a fire hydrant, sending a geyser of water into the air.

In Cortlandville, New York, a man was pulled over for speeding. The trooper who stopped the man found that he didn’t have a valid driver’s license. According to the Associated Press, a check of the man’s driving record showed that his license has been suspended a total of 46 times.

Child can’t find his goggles, even as he moves them out of the way.

If you cannot view the below video, try https://youtu.be/50-qInon5ec

If you can't view the below video, try https://youtu.be/aWbV5Abpc5A

In Hemel Hempstead, Hertfordshire, England, a couple returned to their home to find a note saying the Dacorum Borough Council had removed their doormat, claiming it was a health and safety hazard, and demanded 40 pounds for its return. The couple said the doormat had been outside their door for months after being left by previous tenants. Does it look dangerous to you? 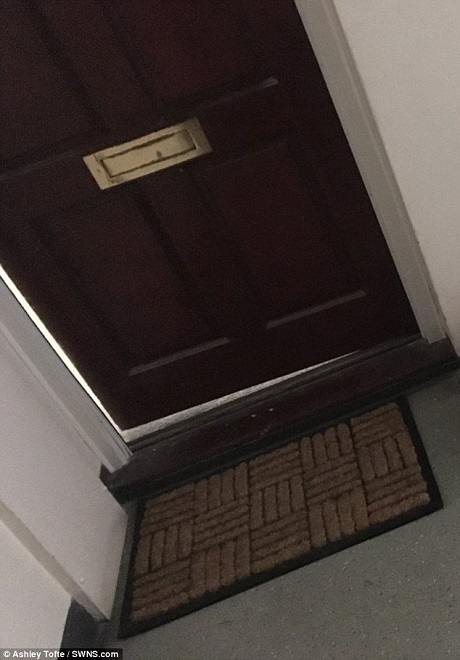