In Bad Muenstereifel, Germany, a man lost his wedding ring three years ago, while gardening. Picking carrots in his garden this year, he was surprised to find the wedding band wrapped around a carrot, the Associated Press reports.

In Mexico City, Mexico, several guests stayed in a room at Hotel El Senador before anyone noticed something was terribly wrong. After a guest left, the cleaning crew noticed a foul smell and lifted up the bed to find a female corp.se wrapped in plastic. According to the UK’s Daily Mail, police believe the body had been there for at least a week.

In Oceanside, California, official figures show that Oceanside City Treasurer Gary Ernst was re-elected Tuesday. The problem with this—he passed away in September. According to the Associated Press, the City Council can declare the seat vacant and decide to appoint someone to fill out the term or call a special election.

In Westerly, Rhode Island, a woman upset over the election of Donald Trump said she woke up and needed a hug and figured others did too. So, she headed downtown with a sign on her that read, “Need a hug today? They are free. Just ask,” and gave out hugs to people all day.

If you can't view the below video, try https://youtu.be/t-BHDpP5opA

On eBay, a man is trying to sell an odd-looking Cheeto in an effort to finance his honeymoon. The man claims the Cheeto looks like a bald eagle sitting on a perch and is asking $5,000. Would you buy it? 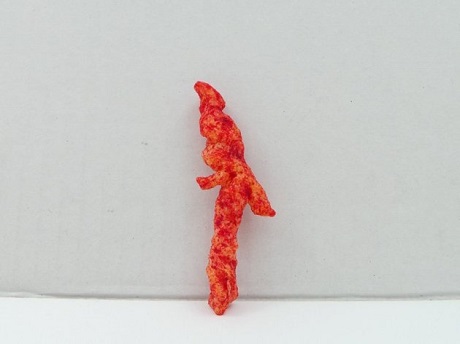