A federal appellate court has affirmed a lower court’s decision for Hewlett-Packard (HP) regarding company stock investments in its 401(k) plan.

The plaintiffs initiated the class action on behalf of current and former HP employees who participated in HP’s 401(k) Savings Plan and whose accounts purchased or held shares of the HP Common Stock Fund at any time between October 3, 2011, and November 21, 2012. They alleged the plan’s fiduciaries breached their fiduciary duties under the Employee Retirement Income Security Act (ERISA) by permitting the plan and plan participants to purchase and hold HP common stock when the stock was artificially inflated and was an imprudent investment for the plan.

The allegations arose out of HP’s acquisition of Autonomy Corporation Plc, a British software company. The complaint maintains that HP acquired Autonomy without doing almost any due diligence, and shortly after the acquisition, HP learned about Autonomy’s accounting practices which inflated the company’s revenues; realized that it overpaid for Autonomy; and covered up this information. The 9th U.S. Circuit Court of Appeals found this theory to be inconsistent with the overall complaint.

The court found the fact that HP launched a full investigation after the whistleblower emerged further renders any claim that HP attempted to conceal problems at Autonomy implausible, as HP acted diligently when it gained actual knowledge of fraud.

The appellate court next turned to pleading standards set forth in the Supreme Court’s decision in Fifth Third v. Dudenhoeffer. The plaintiffs contended that pursuant to the defendants’ duty of prudence, they should have at least prevented the plan from making new investments in the HP Common Stock Fund and/or made public disclosures about HP stock’s risks following the whistleblower’s allegations. But, the 9th Circuit ruled that a prudent fiduciary in the same circumstances as the defendants could view the proposed alternative course of action as likely to cause more harm than good without first conducting a proper investigation. The court said the proposed alternative faults the defendants for first investigating the whistleblower’s allegations before taking action, but a prudent fiduciary must first investigate problems before acting. 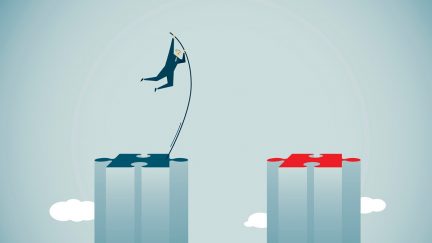 Some Participants Reducing 401(k) Deferrals to Contribute to HSAs