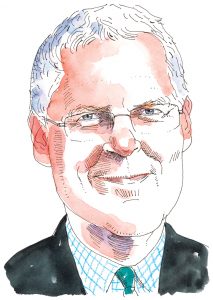 Critics of the current 401(k) system are focused on one issue: reducing fees, especially asset management fees. Before I get into the problems I have with the solutions these critics propose, I want to go on record (again): I agree. I believe that in a world of low interest rates and reduced returns, the most obvious way to improve 401(k) plan outcomes is to reduce fees.

I don’t want to, in this column, get into the issues with Sharpe’s point here, other than to observe that, in markets that are less efficient than U.S. large cap equity, most agree that active management can add value.

These are all, as it were, supply side issues.

I want to begin with a different point: I don’t think most American savers care about active management. Most American savers would be satisfied with a cheap, generic equity return. And if you could offer them a cheap, generic fixed income return (something that is more difficult to supply), packaged in target-date fund (TDF) with a generic glide path, they would be perfectly happy.

Hence, for instance (and to take just one example of the solutions these critics propose), the interest of many in “opening up” the Federal Thrift Savings Plan (TSP) to private 401(k) savers.

So why not go to single payer—just have everybody invest in a low-fee TDF consisting of a mix of an S&P 500 fund and some generic high quality bond fund?

I have two huge problems with such a proposal, and neither of them have anything to do with retirement policy. They have to do with capital formation and who decides what those savings will be invested in.

According to the Investment Company Institute (ICI), U.S. retirement assets are $26.6 trillion. That is a massive amount of capital. Where did it come from? Retirement assets weren’t always such a big slice of the market. But as—over the last 50 years—demographic trends have forced us to move from a PAYGO system of financing retirement to a funded system, it has been necessary to develop financial instruments—most significantly, the mutual fund, but following on that, exchange-traded funds (ETFs), collective trusts, target-date funds and the list goes on—that, in effect, give relatively unsophisticated investors access to relatively efficient, sophisticated investment tools.

In America, decision-making about how this vast amount of capital should be allocated takes place within a rich ecology of investment-mediation—investment advisers, brokers, robo-advice innovators, and colleagues standing around the water-cooler are all providing competing ideas about how any given (ordinary) saver should invest her retirement nest egg.

It would be massively easier for her to do this (invest her savings) if all she had to do was, say, let the Federal TSP default her into its TDF.

But how, exactly, would that work when it came time for the individuals running the TSP—however well-intentioned—to invest that $26.6 Trillion? I don’t care how intelligent and un-biased those individuals are—they could all be Warren Buffett clones—they will not be able to invest that amount of money with any creativity. That is, they would not be able to make decisions that take into account the rich variety of the American economy, its entrepreneurs and innovators.

Indeed, the most obvious thing for them to do would be to give all of this money to S&P’s 500 companies and be done.

This is what I’m calling the bureaucratization of capital.

We all have different views on these issues. But if retirement assets are all bundled into a single, simple and efficient investment package, there will be no room for the variety of our views. And there will be an intense political struggle over what will be the one view with respect to how “our” $26.6 trillion in retirement savings capital should be allocated.

The crafters of the Obama Administration’s auto-IRA proposal—which raised some of these issues—understood or at least were willing to recognize this objection. At one point they proposed a somewhat bizarre solution—a “carousel” that would take in IRA assets and then throw them off to qualified IRA providers in a semi-random fashion. I think it’s fair to say most policymakers did not take that solution seriously.

I’m not sure there is a solution to these two problems—the bureaucratization and politicization of capital investment in a single payer retirement system.

Consider the current dispute over the Department of Labor’s (DOL)’s fiduciary rule. Many reacted to its publication by asking—what the heck is DOL doing trying to regulate the financial markets? Isn’t that, say, the Securities and Exchange Commission’s (SEC)’s job? And haven’t we made a decision, with respect to the financial markets, that the regulatory tool to be used is disclosure? Not an elaborate price regulation scheme disguised as a retirement savings conflict-of-interest regulation?

In the end I think the additional cost of our current rich and diverse system of allocating capital may be a trade-off made necessary by that very richness and diversity.

And those who want to replace it with a single payer/single capital allocator system are, well, the sort of people (typically, experts of one sort or another) who think everything would be better if they could just make a few changes to the way other people behave.

Armour to Step Down as Capital Group CEO, Gitlin to Take Job in October

Capital Group, which runs American Funds, made the announcement amid what the company called long-planned leadership changes.