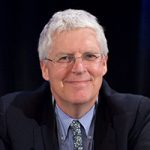 We have, hopefully, moved beyond that naïve notion of how much an individual needs in retirement, recognizing that every individual’s personal situation is so specific that retirement income needs can’t be captured by such a simple formula.

But there are other challenges in retirement that are not strictly a function of income. They are a function of risk. And perhaps the biggest retirement risk is that of needing long-term care.

“One of the biggest obstacles to retirement income adequacy for households who might otherwise have sufficient financial resources at retirement age is the risk of long-term care costs for a prolonged period,” says Jack VanDerhei, research director at the Employee Benefit Research Institute (EBRI). “In the real world, few retirees have long-term care insurance policies that would cover the potentially catastrophic financial impact of this exposure.”

For many, the need for long-term care has been a retirement catastrophe.

The Cost of Long-Term Care

PWC estimates that “the current average lifetime cost of long-term care is $172,000.” This cost, however, varies widely, depending on “gender, type of service, cognitive status and geographical location.” According to LongTermCare.gov, “One-third of today’s 65-year-olds may never need long-term care support, but 20% will need it for longer than five years.”

Here is PWC’s chart showing the range of costs an individual might face.

The Cost of Long-Term Care Is Not Dependent on Income

Moreover, how much long-term care will cost is not—for the most part—a function of income or how rich you are or, for that matter, how poor you are. Note that the variables driving cost are “gender, type of service, cognitive status and geographical location.” Not income or wealth.

With more money, you can buy some extra comfort. But for many—e.g., those with dementia or Alzheimer’s disease—there’s a limit on the quality of life that spending more can buy, and it’s pretty low.

On the other hand, long-term care could still be very expensive even if you didn’t earn a high salary during your working life.

VanDerhei says long-term care costs prior to qualification for Medicaid are “income-invariant.”

Variability in Cost and Quality

The quality of long-term care varies widely by state, according to the Long Term Services & Supports State Scorecard. So does the cost. For instance, the cost of care in a semi-private room in Massachusetts (top quartile on the State Scorecard) is $12,473 per month. The same cost in California (also in the top quartile) is only $8,760. Medicaid nursing home eligibility requirements and level and quality of care also vary by state.

And this is a cost that falls very disproportionately on women, who have an average period of 3.7 years of care to men’s 2.2 years.

A Viable Broad-Based Insurance Market Has Not Emerged

According to the American Association for Long-Term Care Insurance, 7.5 million Americans have long-term care insurance. That’s not a lot compared with a 55-and-older population of almost 100 million. Moreover, these policies are very expensive, especially for those without significant net worth since, as noted, the cost of care does not vary substantially with income. One financial planner suggests that “the most suitable [long-term care insurance] demographic is 50- to 55-year-olds with a net worth of $1 million to $3 million.”

This high insurance cost is understandable when you consider the high cost of providing long-term care.

Finally, these policies provide limited benefits, with 30- to 90-day elimination periods (functioning as a deductible), generally no more than three years of benefits, and inflation protection as an expensive add-on.

The only other “insurance” is Medicaid – generally, if after the retiree has spent all her assets (wiping out any possibility of a legacy), Medicaid functions as a widespread Plan B for those who run out of means. And, as noted, the quality of the Medicaid nursing home experience varies considerably by state.

Nursing Homes Are Having a COVID-19 Crisis

As is by now well known, an incredible number of U.S. COVID-19 deaths—42% according to one study—are occurring in nursing homes. This is certain to have a damaging effect on the nursing home business. What will the lawsuits look like in some of these cases?

At the same time, our older population will continue to boom as the Baby Boomers continue to age: The older-than-80 population is expected to double over the next 20 years.

Any Solution in Sight?

This is the part of retirement that isn’t that much fun.

These are our fathers and, overwhelmingly, our mothers. And they will someday be us.

Is there a creative solution to this challenge? Money is just part of the problem. At the 2017 DCIIA Academic Forum, retirement expert Carol Bogosian closed her remarks by saying something like, “When someone retires, in addition to financial preparedness, they also need social and spiritual preparedness. Because often they’ve gotten their community and their purpose from their job.”

For many of our elderly, a nursing home may not just mean financial poverty, it may mean social isolation and a total loss of “a sense of usefulness.”

These problems are only going to accelerate over the coming years. If it would work—and I’m very open to the idea that it would—I would be all-in for a social solution. But, per Bogosian, if we only solve old age poverty, we’ve only solved one-third of the problem.

Michael Barry is president of O3 Plan Advisory Services LLC. He has 40 years of experience in the benefits field in law and consulting firms, and he blogs regularly at http://moneyvstime.com/  about retirement plan and policy issues.

Taking advantage of preventive care, health savings accounts (HSAs) and employer-provided physical wellness programs are some of the ways employees...

Separating the amount of premiums and out-of-pocket expenses can help employees see more realistic expenses to plan for than a...

Estimates for Health Care Costs in Retirement Continue to Rise

A 65-year old couple retiring in 2019 can expect to spend $285,000 in health care and medical expenses throughout retirement,...
SPONSORED MESSAGE — SCROLL FOR MORE CONTENT

« Working From Home: What About Coworker Connections?