This is a good term to clarify, given some historic confusion about its use. At one time, when annuities were the exclusive investment available under 403(b) plans, 403(b)s were commonly known as “tax-deferred annuity” or “tax-sheltered annuity” accounts, and even to this day it is not unheard of for such terms to be used when referring to the 403(b) plan or account itself. (In fact, the title of section 403(b) is “Taxability of Beneficiary Under Annuity….”)

However, an annuity contract actually refers to a type of investment than can be offered within a 403(b) plan (note that 401(k) plans can offer annuity contracts as well, but their usage is far less prevalent there). The primary difference between an annuity contract and a mutual fund (which is the other common type of 403(b) plan investment and permitted since the passage of the Employee Retirement Income Security Act (ERISA)) is that an annuity is an insurance product, where the insurer provides a contractual promise to the contract holder (plan participant) to pay a specified amount at regular intervals over a specified period of time, which may be for the participant’s life or the joint life of the participant and a designated beneficiary, similar to a defined benefit plan (for example, X dollars a month over the participant’s lifetime). The insurance company is insuring that the participant will be paid such a benefit, which is why it is an insurance product. However, the participant does not necessarily need to choose the annuity option, and, in fact, many participants presently choose instead a lump-sum payment or installments at retirement or other employment termination.

There are generally two types of annuity contacts: fixed, or variable. A fixed annuity contract generally pays an interest rate stated by the insurer; there can be a minimum guaranteed interest rate for the life of the contract as well, and it is protected against loss of principal. A variable annuity contract can vary in return, since its underlying investments are similar to mutual funds. Since variable annuities fluctuate in value and can cause a contract holder to lose principal, some insurers provide an additional benefit with such annuities where the insurer will promise to pay a certain minimum death benefit (and, in rarer instances, a minimum benefit while living). Either might be converted to a lifetime annuity stream at retirement.

With interest rates having been so low for so long, few individuals who are invested in 403(b) annuities may actually avail themselves of the annuity benefits, so they may be paying for a benefit they will not use (annuities charge a fee that is built into the investment for providing the insurance element), so it is important that participants understand this distinction when choosing between annuities and mutual funds in their retirement plan, if they have a choice of investments.

Having said that, some participants value the protection of principal or having a lifetime income stream, and there are some insurers who provide annuity contracts that are cost-competitive with their mutual fund counterparts. Also, interest rates can change in the future. This is why it is important for participants to review their plan investments and the fees charged, including any charges that are used to provide an additional benefit (such as principal protection or a lifetime annuity benefit). 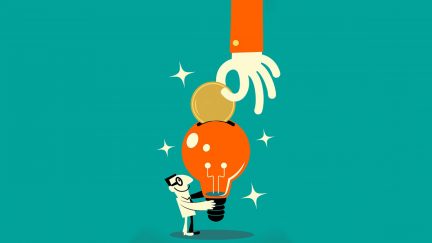