According to a press release from Jennings’ office, in 2016, the State of Delaware transitioned its deferred compensation plans from numerous independent 403(b) service providers, including Horace Mann, to a sole provider, Voya Financial.  Related to this transition, more than 120 teachers with 403(b) accounts with Horace Mann opened IRAs in 2016 and 2017 with Horace Mann, through one of its registered representatives, Dieter Hofmann.

The Attorney General’s Investor Protection Unit (IPU) investigated the facts and circumstances relating to the opening of these IRAs. The press release notes that both Horace Mann and Dieter Hofmann cooperated with IPU in connection with its multi-year investigation. IPU alleged and concluded that Hofmann engaged in dishonest and unethical practices in violation of the Delaware Securities Act.

Specifically, IPU alleged that Hofmann took unfair advantage of his customers with 403(b) accounts who were confused about the transition to Voya by providing them with inadequate or inaccurate information which was misleading. IPU also alleged and concluded that Horace Mann failed to sufficiently supervise Hofmann.

Neither Hofmann nor Horace Mann admitted or denied any wrongdoing. They each agreed to pay a fine of $250,000 and make a $50,000 payment for investor education for Delaware educators. Hofmann is no longer affiliated with Horace Mann and agreed to a one-year suspension from conducting business as a broker/dealer agent or investor adviser representative in Delaware. IPU and Horace Mann agreed that Horace Mann will provide settlement payments for certain customers to compensate those customers for potential lost earnings.

Responding to a request for comment from PLANSPONSOR, Horace Mann said, “The Investor Protection Unit of the Delaware Department of Justice undertook an investigation related to Delaware’s 2016 403(b) transition to a sole provider. In that transition, other providers, including Horace Mann, were no longer able to sell 403(b)s in the public schools in the state. One former Horace Mann representative responded to the change by soliciting existing Horace Mann 403(b) clients to open IRA accounts if they wanted to continue saving for retirement with Horace Mann.

“Horace Mann is fully committed to compliance with all applicable laws and regulations, and is disappointed that the conduct of one of our representatives failed to fully meet these expectations.” 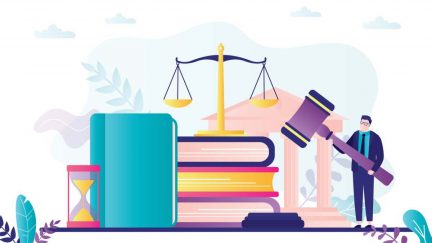 The settlement agreement also spells out a variety of non-monetary requirements, including a new fiduciary training regimen for members of...
SPONSORED MESSAGE — SCROLL FOR MORE CONTENT