With the markets plummeting at the end of February over fears of the repercussions of a worldwide coronavirus outbreak, 401(k) investors’ trades spiked in the final week of the month—marking it as one of the busiest five-day stretches in the 20 year-plus history of the Alight Solutions 401(k) Index.

The last week of February had more net trading activity than all of the activity in the fourth quarter of 2019. Sixteen of the 19 trading days in the month favored fixed income funds. Asset classes with the most trading inflows in February were bond funds, taking in 47% of the flows, valued at $687 million, followed by stable value funds (41%, $597 million) and money market funds (11%, $160 million).

In its market observations, Aon said that during the month, international equities dropped 7.9%, large U.S. equities were down 8.2% and small U.S. equities lost 8.4% of their value. U.S. bonds rose by 1.8%. 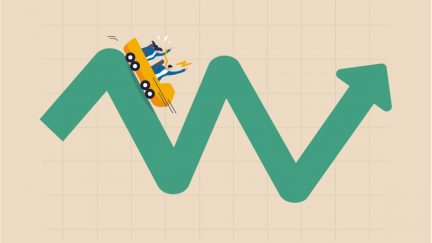 Average asset allocation in equities rose to 70.2% during June, the highest level in 20 years, though the proportion of...

DC Plan Participants Largely Stuck With Investments in May

« Lower-Income Workers May Be More Retirement Ready Than They Think