Human Interest, a firm providing automated 401(k) plans, recently published a white paper examining the savings behavior of the millions of Americans who work for small and mid-sized businesses.

The paper reports that, heading into the coronavirus pandemic, some 30.7 million small and mid-sized businesses in this country employed a collective 60 million people, or roughly half of the U.S. workforce. The subsequent economic turmoil caused by the pandemic is already having a disproportionately large effect on these workers, millions of whom have been furloughed or laid off.

According to the paper, these 60 million workers were already at an inherent disadvantage when it comes to saving and investing for the future, and it shows clearly in such statistics as their average net worth.

“The primary cause of this retirement savings gap is a lack of access to financial tools that help people save, especially through work,” says Jeff Schneble, CEO of Human Interest. “People save using a workplace retirement plan, or not at all. Too many employees don’t have access to a retirement savings plan at work.”

The white paper goes on to note that small and mid-sized business employees, when they do have access to plans, tend to contribute a similar portion of their salary to saving for the future. In the Human Interest book of business, which is concentrated in the small and mid-sized business market, the average employee contribution rate is 7.2%. Notably, married women save the most of all, and even without an employer match, people still save at similar rates.

However, the data shows that the coronavirus pandemic is having a negative effect on small business employees, especially women. After weeks of sheltering in place and schooling from home, the weight on women is intense, the analysis notes. Among those who have not been furloughed or laid off, about 14% have considered leaving the workforce all together.

“We talk a lot about the fact that a women typically earns 80 cents for every dollar a man earns,” Schneble says. “In retirement, that 20 cent differential is magnified. A woman’s income could be hundreds of dollars less every month than a man’s. But that’s not all. Her nest egg needs to last longer, since a woman’s life expectancy is, on average, 2 1/2 years longer than a man’s. If you break down their 401(k) balance into monthly payments to last the rest of their lives, he would end up with roughly $2,200 a month, whereas she would have $1,500. That’s a huge difference in how they are able to live in retirement.”

The analysis goes on to note that it is a common misconception that people have to earn high salaries before they’re able to take advantage of tax-qualified retirement plans. In fact, when given access to a 401(k) plan, Human Interest finds, people across all salaries are saving for retirement. The firm’s data shows people earning between $30,000 and $40,000 are saving 6.1% of their salary, whereas workers earning between $200,000 and $209,999 are saving 7.7%.

“These percentages certainly make a difference in dollars saved, but also show that the common narrative that only people making six figures can save for retirement doesn’t hold up,” the analysis concludes. “Consistent saving is the most important habit, regardless of income level.”

Reflecting on this situation, Josh Cohen, head of institutional defined contribution (DC) for PGIM, says it is very likely that the pandemic will expand U.S. economic inequality from its already historic highs.

“When you look at the data, you can see some clear trends that are troubling for everyone to contemplate,” Cohen says. “The one positive thing I see is that workplace retirement plan assets are one of the main components of peoples’ ability to build wealth over time and to create positive financial outcomes—especially for the middle-class American worker.”

Cohen says the current situation throws into even greater relief what many people working in the defined contribution (DC) plan industry already know.

“The DC plan system is not just important for companies and individual employees,” Cohen says. “It is in fact of fundamental importance for our country to have a vibrant private savings system. We need to make sure the system is designed and maintained in a way that will allow the success to continue and to benefit even more people.”

Cohen says he remains hopeful that the passage late last year of the Setting Every Community Up for Retirement Enhancement (SECURE) Act could go a long way toward bringing the benefits of the DC plan system to small and mid-sized businesses and their employees. This is based on the fact that the SECURE Act establishes a framework for employers to band together to run commonly administered plans that will benefit from the economies of scale generated by larger employers’ plans.

“Another thing that comes to mind when we think about this broad topic of the success of DC plans is the role of Social Security for lower-income Americans,” Cohen says. “For the bottom 50% of Americans in the wealth distribution, their net wealth is frankly pretty limited. We can and should keep innovating to provide these workers more ways for them to save for retirement, but there is also no doubt that the health of Social Security is paramount for them. We need to educate individuals about their options and how they can maximize their payouts based on their situation.”

Cohen concludes that the pandemic situation has also emphasized “the importance of thinking about rainy days during the good times.”

“We need to encourage emergency savings as well,” he says. 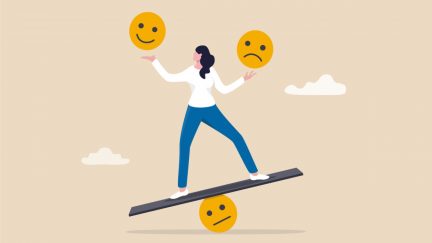 FTSE Russell’s index series exclude issuers based on their conduct or product involvement in specific sectors.

Edelman’s program seeks to support employees in their retirement readiness and when they experience a significant life event.
SPONSORED MESSAGE — SCROLL FOR MORE CONTENT