Two different surveys find that the majority of defined benefit (DB) plan sponsors are seeking to cut ties with their plans.

State Street Global Advisors (SSGA) surveyed 100 U.S. corporate DB plan sponsors and found that only 5% of respondents intend to keep their plans open indefinitely, with the vast majority seeking to exit (62%) or achieve self-sufficiency (33%). Self-sufficiency is when a plan reaches a certain level of assets such that the sponsor expects to be able to sustain the plan by investing those assets on a low-risk basis and pay members’ benefits as they arise without any additional support from the sponsor.

The latest MetLife Pension Risk Transfer Poll, a survey of 253 plan sponsors that have de-risking goals (either near- or long-term) for their DB plans, found 93% plan to completely divest all their DB pension plan liabilities. MetLife notes that this is a sizable increase from the 76% of DB plan sponsors that indicated the same in 2019.

Among those planning to fully divest all their DB plan liabilities, 20% said they plan do to so in less than two years, while 55% said they plan to do so in two to five years.

SSGA found that among those DB plan sponsors seeking an exit, 45% are also likely to pursue partial buyout risk transfers and 27% are likely to explore some form of delegation to an asset manager before total plan termination. More than half (52%) of sponsors seeking self-sufficiency strongly agree that while they work toward a long-term runoff, there is still a possibility they may change course and opt for an exit—though the costs are too high to make this a viable option today.

According to SSGA’s survey, corporate plan funded status and plan size have an impact on sponsors’ anticipated paths. When asked if the turbulence caused by the COVID-19 crisis impacted respondents’ time frame for achieving long-term pension plan goals, 44% said that their timeline had been delayed. SSGA speculates, based on respondents’ comments, that while market upheaval was a significant factor for delaying their long-term goals, higher-priority organizational demands and redeployment of capital expenditure are likely additional drivers.

MetLife, however, found the vast majority of plan sponsors (89%) reported this year that there had either been no change to their de-risking plans (47%) due to the pandemic, or that COVID-19 has increased or accelerated the likelihood they would transact (42%). This is up from the 81% of plan sponsors overall that said the same in 2020. This year, only 11% said the pandemic has decreased or delayed the likelihood of entering into a transaction—down from 19% last year.

MetLife found that nearly all plan sponsors surveyed (93%) said annuity buyout transactions completed by major Fortune 500 corporations are increasing the likelihood that they will consider an annuity buyout. MetLife notes that often, mid-sized and large companies follow the actions undertaken by Fortune 500 companies, which are typically “first movers” when it comes to DB plan management.

The MetLife survey report also says that as the pension risk transfer (PRT) market continues to mature, insurers have become more efficient in their ability to price complex benefit structures for large corporate plans and onboard and transition the benefit payment administration, while minimizing the anxiety of participants.

When asked about the primary catalysts for initiating a pension risk transfer to an insurer, plan sponsors surveyed by MetLife cited the current interest rate environment (61%), market volatility (47%), an increase of the volume of retirees (37%) and favorable annuity buyout market pricing (35%).

The increase in the volume of retirees factored into SSGA’s findings. It notes that by 2030, all Baby Boomers will be at least age 65 and most will have retired. This is the same year the greatest concentration of survey respondents, more than one-third, plan to have exited or wound down their DB plans. 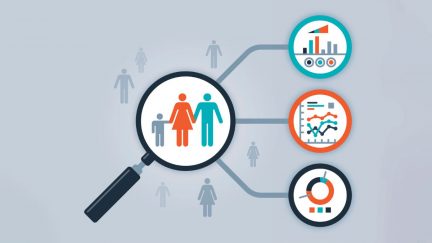