This settlement is a result of an investigation that revealed the purchase of prohibited securities that resulted in losses to the accounts of nearly 100 employee benefit plans and investment funds holding plan assets. The settlement also resolves findings that the company engaged in prohibited cross-trading of securities in the accounts of other retirement plans and funds, which caused additional losses.

The settlement was achieved in coordination with the Securities and Exchange Commission (SEC) and requires Western Asset to restore a total of more than $17.4 million to employee benefit plans and other accounts, and to pay more than $3.6 million in penalties.

The investigation found that from January 31, 2007, to June 12, 2009, Western Asset used funds from accounts covered by the Employee Retirement Income Security Act (ERISA) to purchase approximately $90 million of securities that were prohibited for purchase and ownership by such accounts. Specifically, Western Asset purchased Glen Meadow Pass-Through Trust Securities for 99 ERISA-covered accounts that were under its management. The investigation determined that the company’s own compliance system recognized that the terms of the securities prohibited their ownership by ERISA-covered entities. However, Western Asset overrode the system, allowing the accounts to improperly purchase and hold the securities in their portfolios.

The DOL determined that Western Asset’s management team and compliance personnel became aware of the issue by October 2008, but failed to immediately correct the error or inform their clients about the situation. This violated the company’s own policies. The accounts continued to hold the prohibited securities until June 2009, at which time they were sold, resulting in significant losses.

The DOL’s investigation also found that from 2007 through 2010, Western Asset arranged 514 cross-trades involving ERISA-covered accounts. Western Asset sold fixed-income securities from client accounts, including ERISA-covered accounts to various broker/dealers. The company then repurchased the same securities from the same broker/dealers on behalf of different clients at a markup and without obtaining independent offers.

Cross-trade transactions are prohibited by ERISA, except under certain circumstances, to protect employee benefit plans from an investment manager’s conflicts of interest. The DOL investigation determined that as a result of unfair pricing involving these cross-trades, certain ERISA-covered accounts suffered more than $6 million in losses. 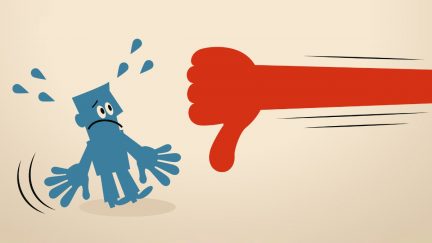 « PLANSPONSOR’s 2014 Plan Sponsor of the Year Finalists and Winners