Over the last year, perhaps with the strengthening economy and lower unemployment rates, there is evidence of what may be a rebound in employment-based health insurance coverage offer rates among firms with 10 to 999 employees, according to an EBRI Notes article from the Employee Benefit Research Institute.

Since passage of the Affordable Care Act (ACA), smaller firms have shown a steady, though not precipitous, decline in offer rates. However, from 2015 to 2016, for employers with 10 to 24 employees, those offering health benefits increased from 48.9% to 49.4%.

Prior to this rebound, for many smaller employers, the business, labor/employment, and health care environments all tended to shift the cost-benefit calculation against sponsoring health coverage. In 2016, circumstances appear to have tilted for some small employers, making it more advantageous to offer health coverage.

According to EBRI, with respect to health insurance premiums, for the last few years, premium increases have been relatively low and less volatile. With respect to the economy and the labor market, the unemployment rate has continued to trend down. When unemployment is low, recruiting and retaining workers becomes a bigger challenge for employers, including some smaller employers, which in turn often means improving compensation and benefits, EBRI says.

For the future, EBRI suggests it’s possible certain public policy changes, if adopted, may drive some employers—larger and smaller employers alike—away from offering health benefits and cause some workers to care less about whether they get health coverage from their employer. For example, several tax and health reform proposals would modify the tax exclusion of employment-based health coverage for workers by applying a cap, not allowing the exclusion against the highest marginal tax rate, or converting the exclusion into a refundable/nonrefundable tax credit.

In addition, some versions of the tax credit approach would make the same credit available to all individual taxpayers (not just workers) with respect to not only employment-based health coverage but also health coverage purchased in the individual market.

According to EBRI, while there are many reasons to expect employers to move away from offering health benefits, there are also reasons to expect employers to continue offering them. Large employers may continue to sponsor their own health plans because of the concern that employees and their dependents may be impacted by continued volatility in both choice and premiums in the non-group market. Employers may also be hesitant to move away from offering coverage because of the uncertainty of repeal of the ACA and what that might mean for the availability of non-group coverage.

Finally, employers may be hesitant to move away from offering health coverage simply because of the strengthening economy and lower unemployment rates, which make it more challenging to recruit and retain workers.

The EBRI Notes article may be downloaded from here.

The firms say the partnership creates a single, easy-to-navigate platform where participants can access all their benefits information. 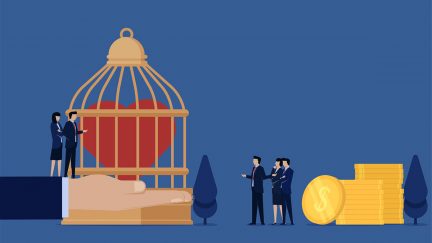 Strategies for Employers to Keep Health Benefit Costs Down in 2021

Companies anticipate volatility in this expense, yet they can mitigate increases without sacrificing benefits or putting the onus on participants.

A Willis Towers Watson analysis anticipates health expenses will rise in 2021, as most employees deferred care this year to...
SPONSORED MESSAGE — SCROLL FOR MORE CONTENT

« Retirement Plan Practices Under Question for New Generation of Savers