The survey also found that confidence in retirement savings declines with age, with 77% of Millennials confident or extremely confident that they will have enough savings to retire at age 75. Only 65% of Gen Xers and 57% of Boomers said the same.

The availability of a retirement plan is a deciding factor for people when weighing a job offer, the survey also found. Seventy-eight percent of people said that being offered a defined contribution (DC) or defined benefit (DB) plan is a critical factor when deciding whether to accept or turn down a job offer. Furthermore, 73% said they stayed with an employer due to these benefits.

Retirement plans are relevant even for younger workers; 82% of Millennials and 81% of Gen Xers said the availability of a retirement plan is a critical factor when deciding whether or not to take a job. By comparison, this is true for just 74% of Baby Boomers.

Seventy-seven percent of public sector employees said being offered a retirement plan convinced them to stay with an employer, whereas only 62% of workers in the private sector said the same. For workers in the public sector, 80% said a workplace retirement plan was a critical factor in making a decision whether to accept a job or not. This is true for only 74% of people in the private sector.

“The pension benefit may now be nearly as important to employees as their health care,” says Owen Davies, head of Accenture’s global pension practice. “While health benefits have been the benefit most valued by job seekers and employees in recent years, pensions appear to be closing the gap.”

Accenture recommends that employers consider the importance of retirement plans and education, particularly for job seekers and current employees.

Because 20% of survey respondents didn’t know whether their employer offered retirement planning or coaching, Accenture recommends that employers highlight these benefits.

And while the use of digital channels is still low, Accenture expects that it will rise and that employers should make information available on the web, on mobile applications and through robo advisers.

“We see growing opportunities for employers to address unmet demands for digital channels and strong appetites among employees for more information and support regarding pensions and retirement planning,” Davies says. “How pension benefits are shaped and how they are communicated to employees is very important to an organization’s effectiveness, stability and outlook.”

Accenture’s findings are based on a survey of 2,750 U.S. and Canadian workers and retirees fielded last November.

Research on 2019 dataset from EBRI/ICI database finds the bulk of assets overall were invested in stocks. 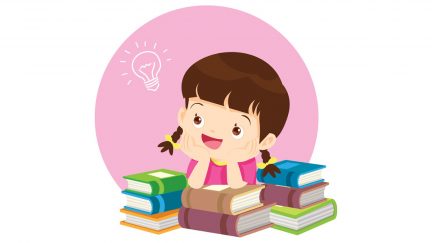 The vast majority of U.S. adults think their state should require a semester- or year-long course in personal finance education...

Receipt of a Power of Attorney for a Plan Participant