A strong majority of employees (77%) say they are satisfied with the health insurance plans and other health benefits available to them through work, according to the annual health care survey released by Transamerica Center for Health Studies (TCHS).

Thirty-one percent of employers have made changes in the past 12 months to their health benefit offerings. Twenty-nine percent said they changed plan options, and 27% implemented a wellness program.

More than three in four employers (76%) say their company is concerned about the affordability of health insurance, and of those, a majority (86%) are taking some action to combat cost. In particular, 30% of employers are creating an organizational culture that promotes health/wellness and the same percentage (30%) say their company is encouraging the use of generic medications.

Two-thirds of employers (66%) say their company is extremely/very aware of the potential changes to health care policy coming out of Washington D.C., and more than one-quarter (26%) of employers report that the most common fear among their employees is losing health care due to a pre-existing condition.

When asked how they would like their employer to react if the health insurance mandate was removed by Congress and the President, the top responses were:

More than 1,500 employer decision-makers within the United States participated in this fifth annual survey. The survey report is here.

The deal adds a complementary suite of solutions to WEX’s health offerings, including employee enrollment and decision support tools for... 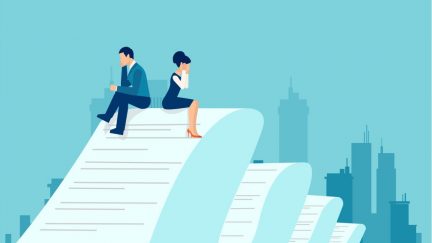 They say their employers don’t provide enough educational resources, but plan sponsors can rectify this.

Many are continuing the practice in 2021 and continuing to use different types of communications to reach employees.
SPONSORED MESSAGE — SCROLL FOR MORE CONTENT