Americans’ retirement score has reached a high of 80, meaning that they will have 80% of the income they will need in retirement, according to a survey of 3,100 people by Fidelity Investments. This is a marked improvement from 2005, when the score was 62. However, Fidelity ranks the score of 80 as fair, meaning that there is still a good amount of work that needs to be done.

“Millennials are clearly putting money aside for retirement and taking more control of their personal situations to ensure a financially secure future,” says Ken Hevert, senior vice president of retirement at Fidelity. “While younger generations typically don’t have jobs with access to pensions, there are many actions that can be taken to improve retirement readiness, including saving more, managing debt and making smart investment decisions.”

The reason why there has been an improvement in Americans’ retirement score, Fidelity says, is because people are saving more, with the average savings rate in the nation being 8.8%, up from 3.6% in 2006. Boomers are saving the most: 9.9%, up from 9.7% in 2006. Millennials are saving 7.5%, on par with 2006. However, Fidelity maintains that people should be saving 15% of their income to be on track for a secure retirement.

The percentage of people who have the correct asset allocation is 55%, down slightly from 57% in 2016 but up from 48% in 2006. Fidelity says the reason why people are appropriately invested is primarily because target-date funds (TDFs) are commonly used as the default investment in plans that automatically enroll participants.

Fidelity conducted its online survey for the retirement score last September and October with the help of GfK Public Affairs and Corporate Communication. Individuals can assess their own retirement scores here. 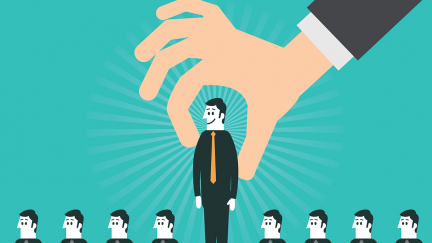 Experts say providers should be able to educate participants about how the accounts work and their triple tax benefits.

HealthEquity to Acquire Provider of HSA and Benefit Administration Services

The HSA custodian says the acquisition will enhance its ability to drive growth with health plans and add to its...